You are here: Home / Recipes / Fish and Seafood / Clean Shrimp and Grits Recipe (with Old Bay Seasoning)
Jump To Recipe 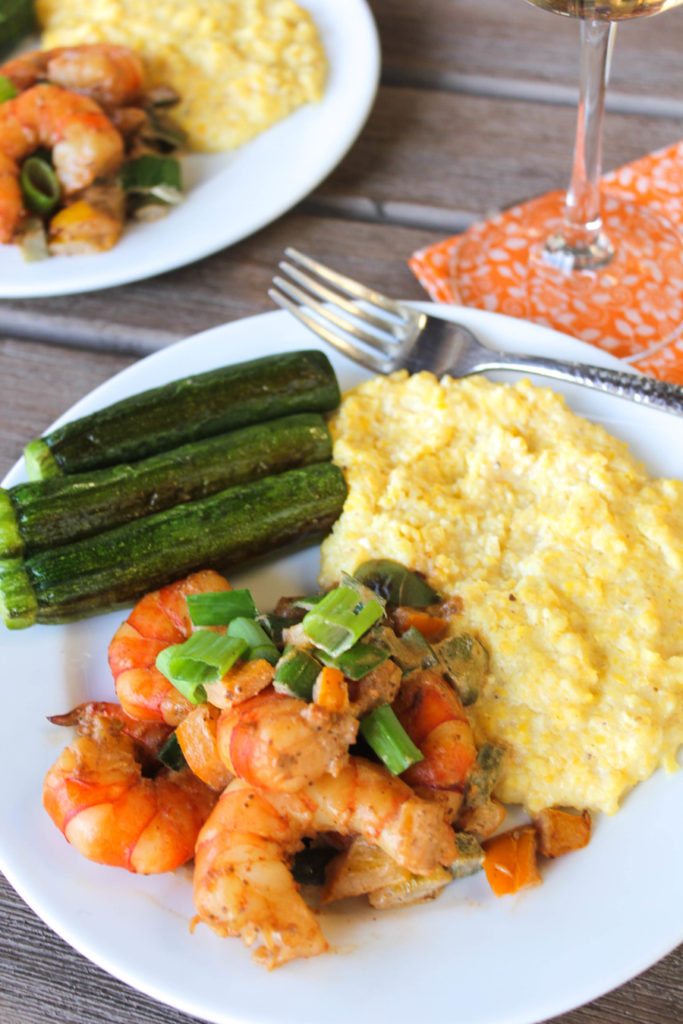 As a fifth-generation Floridian, I grew up eating (and loving!) my grandma’s Southern Style Shrimp and Grits recipe. So when fellow blogger pal Alisa, from Southern Girl Eats Clean, approached me a while back and asked if I would like to share her clean Southern Style Shrimp and Grits recipe as a guest blog post on Clean Cuisine I was all for it! Even though it was a dish I ate all the time growing up, I had never actually made the southern classic myself. Other than Old Bay Seasoning, I had no idea exactly what went into grandma’s version. But since grandma was not at all into cooking clean, I am sure her version did not use whole grains. I know her grits were always made with milk too, so the meal wouldn’t be dairy-free. And other than collards (cooked in ham fat!), grandma didn’t cook with a lot of vegetables either. As delicious as grandma’s version was, I’m sure the shrimp and grits recipe of my childhood was anything but clean. So I was thrilled when I tested Alisa’s recipe because her cleaned up version was amazing! The only problem was the photo I took was not. As easy as shrimp and grits may be to make—and it is such an easy dish— it is not the easiest dish to photograph. I kept meaning to remake Alisa’s dish so I could redo the photo but just never got around to it….

And then a few weeks ago we were on a “staycation” dining at at The Blue at the Boca Resort, a restaurant specializing in innovative new-American cuisine, and our son ordered the Shrimp and Grits special. After practically licking his plate clean, he asked, “How come you never make that Southern girl’s shrimp and grits recipe anymore?” Good question!

How to Make Any Shrimp and Grits Recipe with Effortless Ease… 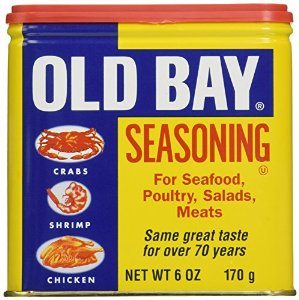 Although I don’t remember the recipe in detail, I vividly remember grandma always used Old Bay Seasoning in her Shrimp and Grits, so I decided to go with the same thing in mine.

And speaking of grandma and Old Bay—she sprinkled it on everything (including toast!) and lived to be 97 years old. Maybe grandma really was on to something even bigger than flavor alone (wink).

As stated on the company’s website: “In Chesapeake Bay area, it’s on every dining room table, nestled between the salt and pepper shakers. But it’s more than that. It’s a time-honored tradition. When somebody whips out the little yellow can, you know you’re in for a good time.” One thing is for sure, Old Bay Seasoning definitely does the trick in flavoring the Shrimp and Grits Recipe to perfection…without a lot of effort.

Old Bay Seasoning has been around for over 75 years now and if you love seafood, this is a must-have pantry staple. At around $3.75, it is very affordable too. Old Bay is sold nationwide at pretty much any supermarket, but you can also buy it (and just about anything else!) online at Amazon too.

And if you are wondering if Old Bay Seasoning is a “clean” seasoning ingredient, the answer is yes! The ingredients have not changed in over 75 years. Here’s what’s in it:

I would be remiss not to share one Old Bay Seasoning warning though….

Apparently just because a packaged food is labeled as being seasoned with Old Bay does not mean that the product is also “clean.”

For example, although Old Bay Seasoning itself does not have monosodium glutamate (MSG), potato chips that are seasoned with Old Bay DO have added MSG. If you are not familiar with MSG, this is a big red-flag ingredient to avoid at all costs. MSG is a known neurotoxin found in many packaged foods, especially bottled Salad Dressings (I discuss more about the dangers of MSG in my Ranch Dressing Blog Post ).

If you are going to make my Shrimp and Grits recipe, I would definitely just reach for the little yellow can….

If you liked the Clean Shrimp and Grits Recipe, be sure to check out a full month’s menu of delicious healthy dinner recipes (including weekly shopping lists!) in our Clean Cuisine Dinners digital cookbook.