Ivy's Blog / Message Behind the #Eff Your Beauty Standards Movement 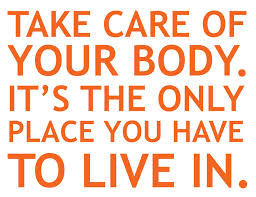 I don’t normally like to open up a big can of worms and yet I know discussing the #Eff Your Beauty Standards campaign is surely going to do so. But here goes…

I first heard about model Tess Munster (see photograph, left) and her #Eff Your Beauty Standards campaign earlier today (1/27/2015) after reading our “Ask Erin” contributor’s personal Facebook post. Erin Lodeesen is a Ph.D. candidate in English and so I always enjoy reading her posts, especially the ones that are controversial. Today, Erin shared a link to a video that asked “Is it Healthy to Have Obese Role Models?”

What is the REAL Message Behind the #Eff Your Beauty Standards Movement?

To be honest, I am not really sure what the REAL message is behind the campaign because I personally think it opens the doors (WIDE!) to so many issues that are wrong with society today. One thing is for sure though, the campaign is having a huge impact—but whether the overall affect is good or bad I just can’t say for sure because everyone is interpreting the message differently based on their own experiences. The conversations and opinions surrounding this campaign are not only all over the map, they are also rather emotional. It is my personal opinion that while this campaign might be helping to make some people feel good about themselves and their bodies (which is undoubtedly GOOD!), in the end the campaign could potentially do more harm than good….

Why Does a Pretty Face Sell So Well?

The thing is, Tess Munster has classic “supermodel” bone structure and she was just lucky to be born that way….but the sad reality is if she were not lucky enough to have such a beautiful face, her campaign would never fly (my opinion.) Beautiful people and non-beautiful people will always exist in this world and it is not fair, but it’s the way it goes. But since nobody really has any control over whether or not they were born with “supermodel bone structure”, I wish we could move on from “beauty” and instead focus on being healthy, because at least that is something we all have a little bit more control over (saddest of all, not everyone even has control over that).

I just find it a bit ironic that a naturally beautiful woman is becoming the poster image for redefining beauty standards.

Can’t Someone Figure Out How to Make Healthy Sell?

I learned about the #Eff Your Beauty Standards Movement today, which happens to be the anniversary of the liberation of the Nazi Auschwitz concentration camp, and it is hard to imagine that the painful image of a malnourished concentration camp survivor would ever become the glamorous poster image for a movement intended to inspire new beauty standards and yet it is well known that for YEARS fashion magazines have had tremendous influence over beauty standards thanks to waif-thin models, many of whom have absolutely had eating disorders. It is true that some models are naturally thin, just as others are naturally more curvy, “bigger boned”, or whatever. And while studies on human genes have identified that an obesity “gene” does in fact exist (1,2,3,4), environmental factors absolutely can counteract that gene.

So, while I am all for acceptance of ALL healthy body types, I do wish that once again beauty was not outselling health. I’m not blaming Tess for this, because in all likelihood the issues Tess has had to face in her lifetime have all centered around societal pressure to be thin. And clearly, her message is resonating with a lot of people. I totally get it. But since many of my main issues in life have been health-related (you can read my story HERE) and since my husband is a bariatric surgeon, I can’t help but somehow tie this whole campaign into health. And don’t think for a minute that people don’t discriminate if you are not healthy! When I was diagnosed with multiple sclerosis (MS) in 1998 I was advised not to tell anyone because I would be discriminated against and my husband, who was in medical school at the time was told by one of his fellow medical students that he wouldn’t get seriously involved with someone with a disease like MS (this same future doctor also broke up with his girlfriend who had type 1 diabetes, a completely genetic disease I might add).

Beauty Has Gone to Extremes 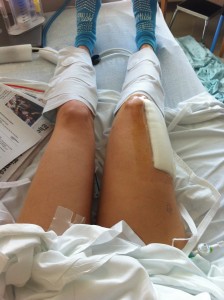 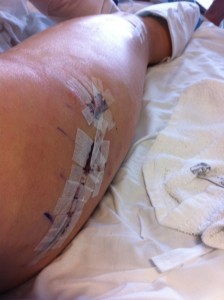 One thing some people are saying regarding the #Eff Your Beauty Standards movement, including my dear friend and founder of Kypris Beauty, Chase Pollan, is that we shouldn’t define beauty in terms of health because, after all, can’t a cancer patient be seen as beautiful? In fact, when Chase was working on slogans for her company she initially wanted to use ‘Beauty is wellness’, but realized that in doing so she would immediately remove all ‘unwell’ people from the paradigm of beauty. I agree! And this is where it all gets even more complicated…and personal.

In 2 days it will mark the 2 year anniversary of the 7 hour leg/ hip surgery ordeal to correct a congenital disorder (femoral retroversion). As you can see in the post-surgical photos above, one thing is for sure, my right leg was not beautiful and neither is the scar, which I still have. BUT the decade long pain in my hip is mostly gone and I can now dance & run & sit without pain. I have a “healthy” hip—it’s scarred, but it works! I underwent MAJOR surgery for medical purposes, but the thing is, people undergo major surgery daily all in the name of beauty, which to me is insane. The surgery I had 2 years ago was the second one I had on my hip, but I have also had 2 hernias, an appendicitis and tonsillectomy, and since I am married to a surgeon I know that complications from surgery do exist, so it is just crazy to me that society has put so much pressure on (mostly women) that they feel having a surgeon cut into their bodies is going to make them happy.

I suppose what I am trying to say with all of this is that just like things don’t buy happiness, neither does beauty—-I can tell you from my own experience, it’s really hard to be happy when you aren’t healthy. So I just wish we as a society could put more emphasis on health rather than on beauty. And to me, I am just not certain Tess is doing a good job of that. Again, I don’t blame her, but this is just my personal perspective. And no, I have never been discriminated for because I have been “too big”, so maybe I should not be voicing an opinion?

I would love to hear kind and considerate opinions from others though. So, if you have a thoughtful comment to leave, please do so.