We are going to talk about the red palm oil benefits, why people thing palm oil is unhealthy and so much more in this article. 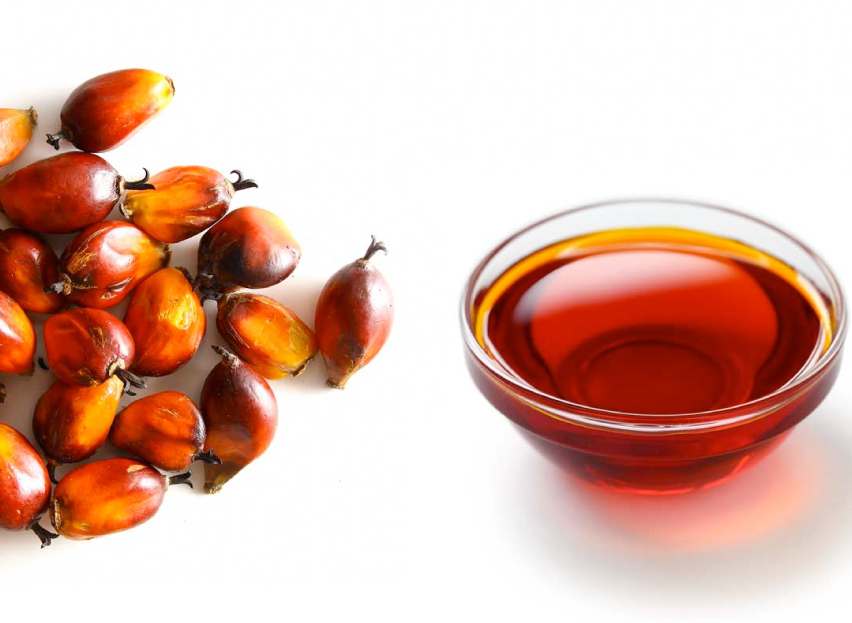 But first, what is palm oil doing in a superfood kitchen, you ask? Shouldn’t palm oil be relegated to the “bad oil” list? Well, to be honest, this is what I had believed for years.

It wasn’t until I just so happened to spot unrefined red palm oil on the shelf at Whole Foods Market last year (in 2014) that I started to second guess what I had believed about this tropical oil for so long now. The funny thing is, I would have never even picked the palm oil up off the shelf except that I could see through the bottle that it had this incredibly vibrant and beautiful orange-red color (see photo to the left.) Since it was marketed as an unrefined oil, I was highly intrigued as to what in the world made it so red!

Turns out, the red color in unrefined red palm oil comes from ten different potent anti-aging antioxidant carotenoids (including lycopene, which is found in tomatoes, as well as beta-carotene). Unrefined red palm oil also has an abundance of other phytonutrients and a high concentration of antioxidant vitamin E from hard-to-come by mixed tocopherols and tocotrienols, phytosterols and CoQ10. I was astonished to learn that 1 tablespoon contains a whopping 240% of your Daily Value for vitamin A and 25% of your Daily Value for vitamin E! Not only is unrefined red palm oil highly nutritious—so much so, that I would classify it as a superfood oil—it also has tremendous culinary range.

I left Whole Foods Market that day with my first ever palm oil purchase and I have since come to realize there was a whole lot I didn’t know about palm oil….

Why Do Many People Think Palm Oil is Unhealthy?

The people living in the regions where unrefined plant-based saturated-fat intake is high are not known for having a high incidence of heart disease either. In fact, the type of saturated fat in unrefined red palm oil is actually heart-healthy because it increases the “good” HDL cholesterol, which is actually the stuff that acts like a broom to sweep your arteries clean! In addition, unrefined red palm oil comes packaged with an abundance of nutrients (vitamin E, phytosterols, phytonutrients, multiple carotenes including lycopene, etc.) that are all well known for supporting not only cardiovascular health, but good health in general. Unrefined red palm oil also contains a hefty percentage of its calories from heart-healthy oleic acid, which is the primary monounsaturated fat found in olive oil.

As With All Whole Foods, the Refinement Process Destroys the Nutrients

Technically speaking, oil is not a “whole” food since all oils have undergone some sort of refinement process (olives are pressed into olive oil, flaxseeds are pressed into flax oil, etc.) When a seed is refined into oil, nutrients, fiber, protein and important phytonutrients as well as antioxidants are lost, which is why we always say that from a nutritional standpoint, it is best to get the majority of the fat in your diet from “whole” fats rather than from oil. For example, if you swap “whole” plant-based fats such as nuts, seeds, olives, coconuts and avocados for their oil “cousins” you’d be getting a lot more fiber, phytonutrients, disease-preventing plant ste­rols, and a number of other nutrients that would be much more useful at protecting your heart and your health compared to consuming oils alone. (1) Learn more about the benefits of “whole” fats HERE.

However, high quality and nutritious fresh oils CAN be made if great care is taken to press the oils without the use of excessive heat (note: heat not only destroys nutrients but can also create toxic by-products) and without chemical solvents, bleaching, deodorization, hydrogenation, etc. Some whole foods, such as olives and the palm fruit—which is what both unrefined red palm oil and refined/white palm oil are both made from—-are easier to press into oils than other foods (such as corn or soybeans), and thus retain a high percentage of the nutrients originally found within the whole food from which they were pressed.

Once a seed is pressed into oil though, it must then be stored properly to avoid oxidation, which can occur with exposure to heat, light and air. Oxidized oils not only taste bad, they are highly damaging to your health.

The problem is, it is expensive to process and store fresh oils properly and since they can’t be used in packaged foods because of their super short shelf-life, food manufacturers don’t exactly like to use them. Refined oils on the other hand are cheap to produce and have a long shelf-life, which is why processed foods are almost always made with refined oils!

What is Palm Oil Made From?

Red palm oil, palm oil (which is white in color) and palm kernel oil are all derived from the fruit of the oil palm species, Elaeis guineensis. If you look at the photo above of the fruit from the oil palm, you will see it has a palm kernel pit, which is then surrounded by a vibrant orange-red flesh.

Both red palm oil and palm oil are made from the fleshy part of the fruit. The difference between red palm oil and palm oil is that red palm oil is very minimally processed and thus retains the vast majority of its vital nutrients (which is why it maintains its red color!), where as palm oil has been refined, stripped of its nutrients and bleached. Fractionation is another phase in the processing of palm oil, which is done to increase saturated fat content to further increase shelf stability. Anything that is done to increase shelf life will have a negative impact on your health and so super shelf-stable fractionated palm oil is absolutely not a healthy oil. Ironically, if you start reading the ingredients of energy and power bars that are marketed as health foods, you will notice a large number of them contain fractionated palm oil as an ingredient.

Ok then, so just to straight the record straight, the absolute best palm oil to buy is unrefined red palm oil.

It also very important from an ethics standpoint to seek out fair trade and “orangutan safe” red palm oil. Although it is beyond the scope of this article to get into the issues associated with palm oil plantations and the threat to orangutans, you can read more about the problem HERE.

Both Nutiva and Alaffia unrefined palm oil brands are the two I have been buying for our family. 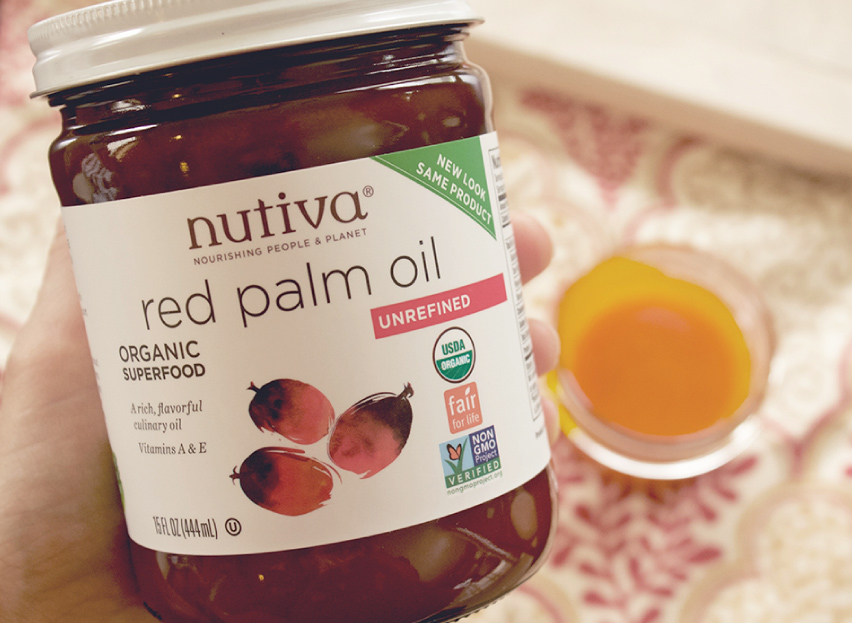 Unrefined red palm oil has become a definite staple ingredient in our kitchen lately. I not only love its rich, buttery flavor, but it is a more heat-stable cooking oil than extra virgin olive oil (thanks to the high saturated fat content). I find myself using it all the time when making soups, sauces, dressings, pilafs, breads and so much more!

Coconut oil verse palm oil? Unrefined red palm oil actually has a more favorable nutritional profile when compared head to head against coconut oil, however,  because coconut oil has more saturated fat than palm oil, coconut oil is still the best choice for the highest heat cooking. Note: from a health standpoint, you should always try to keep the heat as low as the recipe will tolerate regardless of which oil you are using.

Unrefined red palm oil is semi-solid at room temperature and can be used as a delicious buttery spread, drizzled on baked potatoes, grains and vegetables or even used as a salad dressing. The only thing to keep in mind is that red palm oil will change the color of your food to a deep, rich orange-red shade, which is hardly the end of the world!