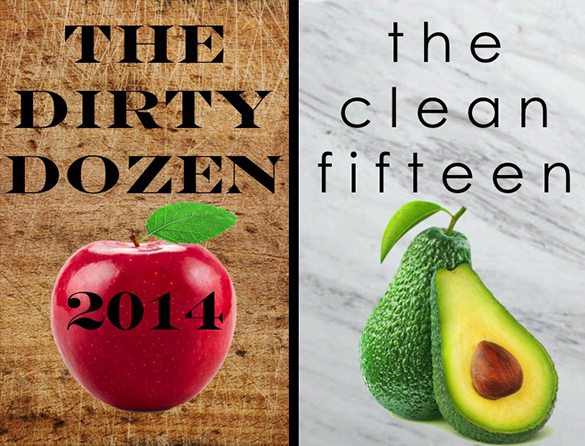 An apple a day keeps the doctor away…that is…when it isn’t drenched in pesticides. Last week, the Environmental Working Group (EWG) published their yearly “Dirty Dozen” list of the most pesticide-contaminated produce in an effort to inform consumers which fruits and vegetables are best to buy organic. Apples, a repeat offender, tops the list again. According to the EWG, “Pesticides have been linked to cancer, hormone disruption and abnormal brain and nervous system development, among other health problems.”

But, this doesn’t mean that you should skip over the produce with high-levels of contaminants. Rather, you are best to stick to organic when it comes to these fruits and veggies. But, the all too sad fact that organic produce is more expensive than non-organic is still a reality that sometimes makes grocery shopping a battle between our health and our wallets. So, the dirty dozen list is a great guide to keep in mind when you’re in the produce department.

But, since we like to keep it clean around here, we want to focus on “The Clean Fifteen” that the EWG publishes in tandem with “The Dirty Dozen.” This list doesn’t receive as much attention than the dirty dozen, but we thought we’d take the cleaner spin on this all-too-important topic. Here is a list of the foods that can save you a little cash at your local green grocer: 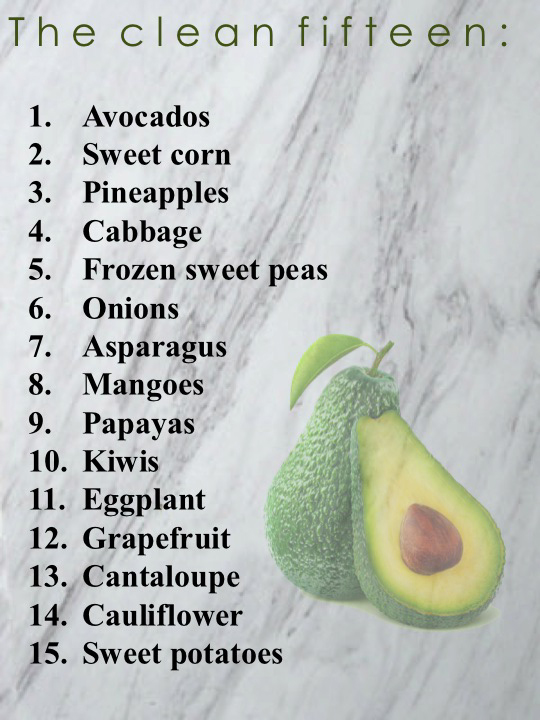 The EWG also mentions some “notable findings” in their research of “The Clean Fifteen”:

Asparagus is in season right now, so don’t feel bad about buying non-organic. Drizzle it with a little extra virgin olive oil and lemon, and sprinkle with some Real Salt, and you are in for a clean, delicious, treat!

Now, on to the dirty: 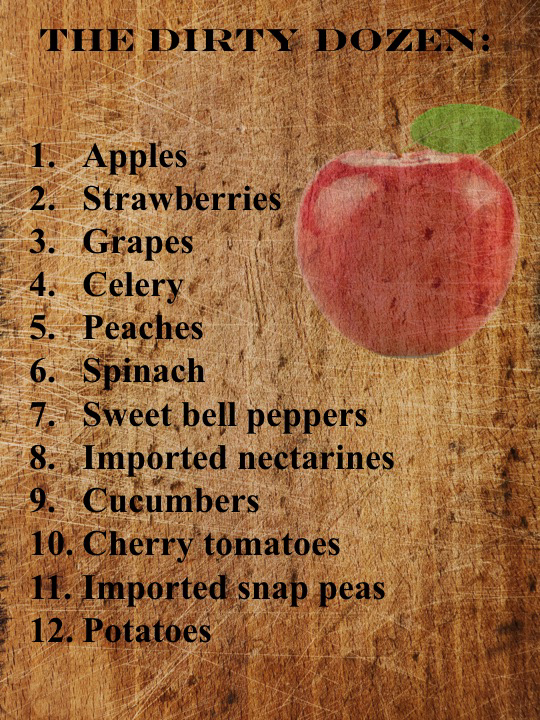 Remember….don’t shun these delicious and nutritious fruits and veggies. Just make sure you buy organic when purchasing them. I’m about to make and pack my lunch with some deliciously ripe cherry tomatoes right now!

Erin Lodeesen
Contributing Editor to Clean Cuisine
Ask Erin a question at: erin@cleancuisine.com and follow her on Twitter: @ELodeesen