If you are looking for a super flavorful way to increase your vegetable consumption this Summer Succotash is a must-make! 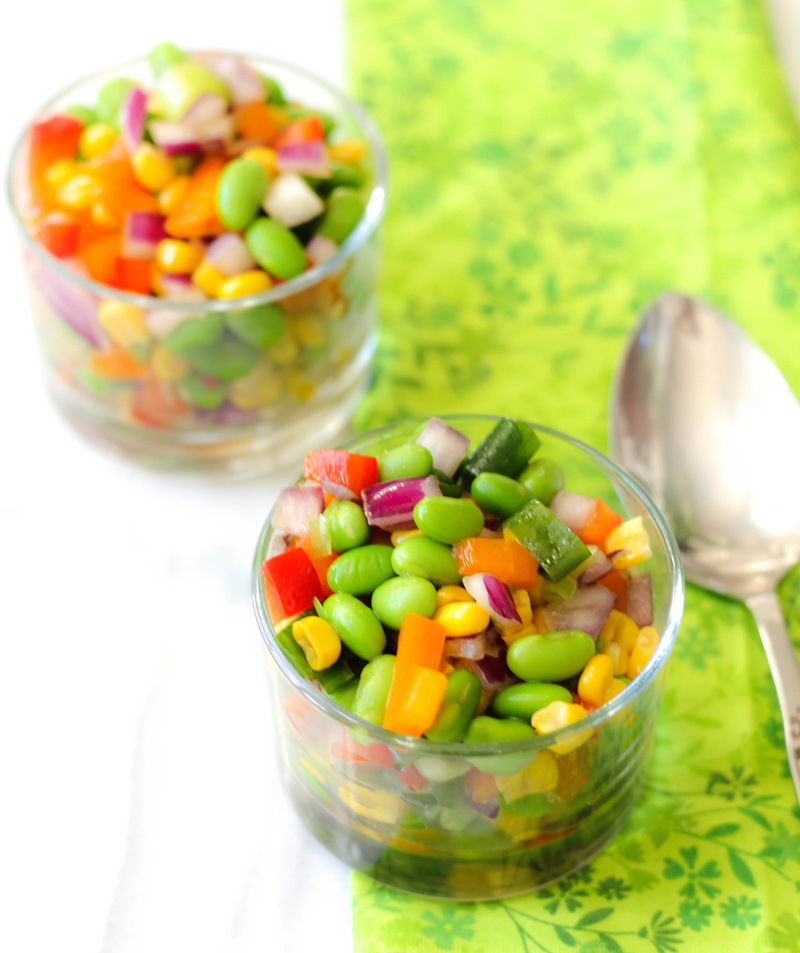 An American dish, traditionally succotash was made with sweet corn and lima beans…and butter. Lots of butter. And sometimes lard. I grew up eating a lot of buttery succotash at my grandma’s house. My grandma was born in Florida in 1906 and raised my dad during the Great Depression.  Apparently, succotash was a very popular dish during the Depression because of the relatively inexpensive and readily available ingredients. 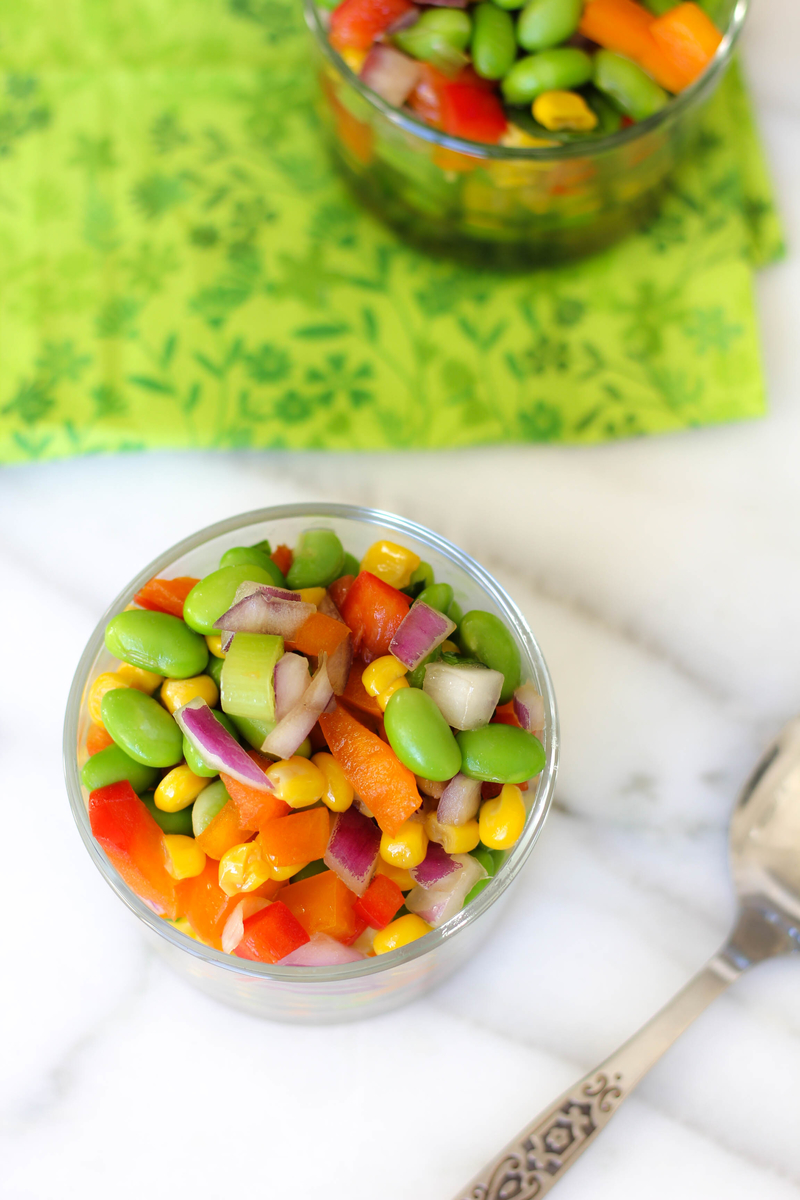 I originally created this cleaner Summer Succotash after being inspired by the Corn and Edamame Succotash with Seared Diver Scallop Recipe served at the Strip House in Las Vegas. What an incredibly flavorful, memorable and healthy (especially for the Strip House!) meal that was. It’s been a few years since we went to Vegas but I had scribbled my idea for the recipe on a napkin and just recently came across it while cleaning out my luggage closet. I see after just visiting the Strip House website that they must have since removed the recipe from their menu, which is too bad, because it really was so good!

I’m not sure if the Strip House recipe used butter in their succotash recipe, but I’m guessing they probably did. The recipe definitively had soy sauce though and a distinct umami quality from the vinaigrette. Although I don’t know the exact Strip House recipe, I do think the combination of sesame oil, garlic, soy sauce, lime juice, honey and fish sauce that I use in my recipe below comes very close! You don’t miss a thing by leaving out the butter either.

Feel Free to Substitute Lima Beans for the Edamame

I am not soy-free, but I know some people are. If you want to substitute lima beans for the edamame beans that will work just fine. If you are planning to follow the recipe exact, I would suggest using frozen lima beans though.

Since we choose to eat a mostly dairy-free diet, w

Gummies have been a long-time favorite of mine, bu

It all starts in the gut‼️To feel better, I ha

For years, my autoimmune symptoms were uncontrolla

Wondering if it is possible to eat clean and still