The idea for this Simple Orange Chicken Recipe was originally given to me by my good friend (and photographer!), Debby Gans.  Debby has been helping me test recipes for my upcoming Clean Cuisine cookbook and a version of this Orange Chicken was the first recipe we made together. Oh. My. Gosh. Amazing!!

A former caterer, Debby has A LOT of experience in the kitchen and she developed the chicken recipe herself. Although it does not have an Asian flavor, the inspiration for the dish came from the Sticky Orange Chicken often served at Chinese restaurants. One of Debby’s go-to recipes for entertaining, this Simple Orange Chicken Recipe is a dish her entire family (including her kids, Carly and Benji) are crazy for.

I can’t mention Debby’s kids in a sentence without saying how exceptional they are. I’m not just saying that. Her incredibly bright and beautiful daughter Carly is the one in the photo below. Carly helped us test (and taste!) the recipe. And although Debby’s son, Benji, was not able to participate in the cook-off, I can’t pass up an opportunity to share his TedX talk. No, the TedX talk has nothing to do with Orange Chicken, but if you know any children on the autism spectrum, you just have to watch (and share!) Benji’s video…

When Benji was diagnosed with autism, his parents were told he would never speak. However, he took the stage at TEDxTheBenjaminSchool Muthos and earned a standing ovation. Watch and be inspired by both Benji and his incredible mother, Debby Gans, as they recount their journey, which has included a number of alternative treatments.

Learn More About Benji on His Blog…

Back to the Simple Orange Chicken Recipe…

In all honesty, Debby’s original Simple Orange Chicken Recipe was even simpler than the version here. But we wanted to make it as clean as possible—without sacrificing flavor!

Orange essential oil has a number of health benefits, the top three including: 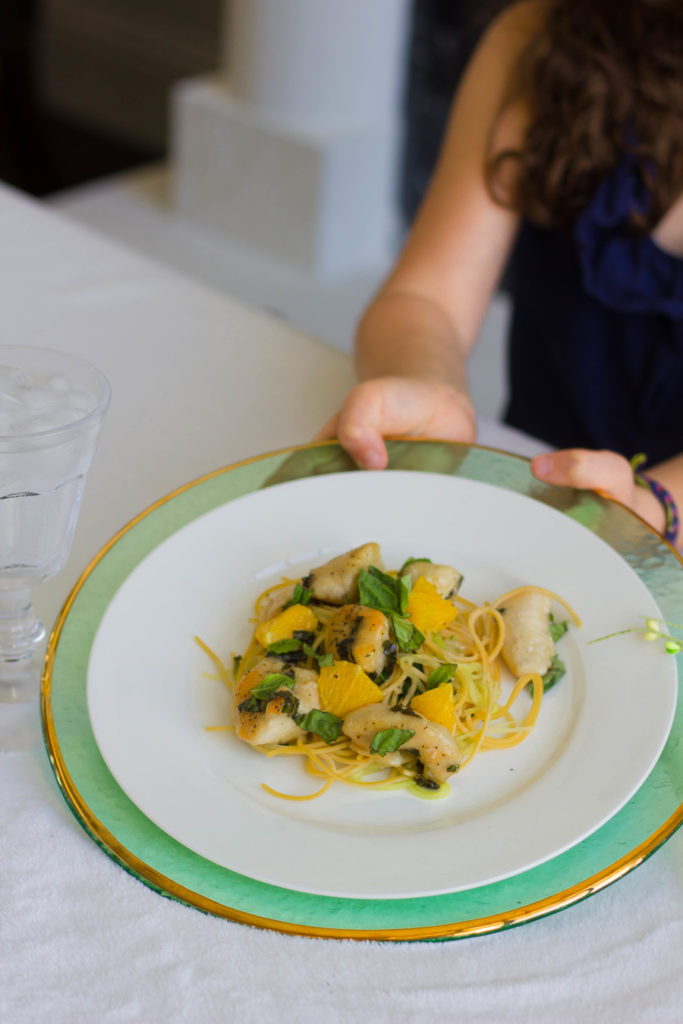 Ok, on with the recipe…

Here at Clean Cuisine, we don’t believe in, or p