Recipes / Desserts / Gluten Free CLEAN Recipe for Peach Cobbler
A CLEAN recipe for peach cobbler! With their very own license plates (Georgia), a knack for working their way into both literary references and book titles (The Peach Keeper and James and the Giant Peach) and—-if you are old enough to remember it—-their own Beverly Hills 90210 hangout (The Peach Pit), the sweet and succulent peach is clearly a very popular fruit. And although I don’t know for certain, I am pretty sure peach cobbler is the most popular peach recipe.  Hands down, it’s most definitely my personal favorite peach recipe. 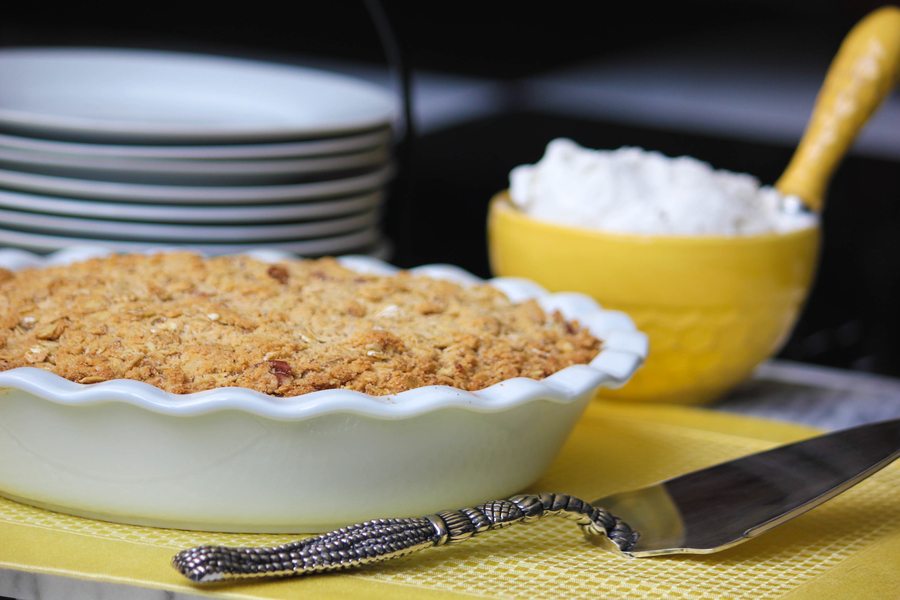 As soon as peach season rolls around each year the first thing I think of is peach cobbler. I’m honestly not sure if it’s because I love it so much or because it was one of the most frequent recipes my mom made growing up. All I know is that as soon as I see fresh peaches, I know it’s time to make cobbler. Where we live in south Florida, it is supposed to be peach season from late March until about the end of June, but for whatever reason I only yesterday (April 20th) saw beautiful, super fresh peaches at the supermarket. So this is my first peach cobbler of 2016.

A CLEAN Recipe for Peach Cobbler

The two most important things to keep in mind when buying the best peaches for your cobbler are: 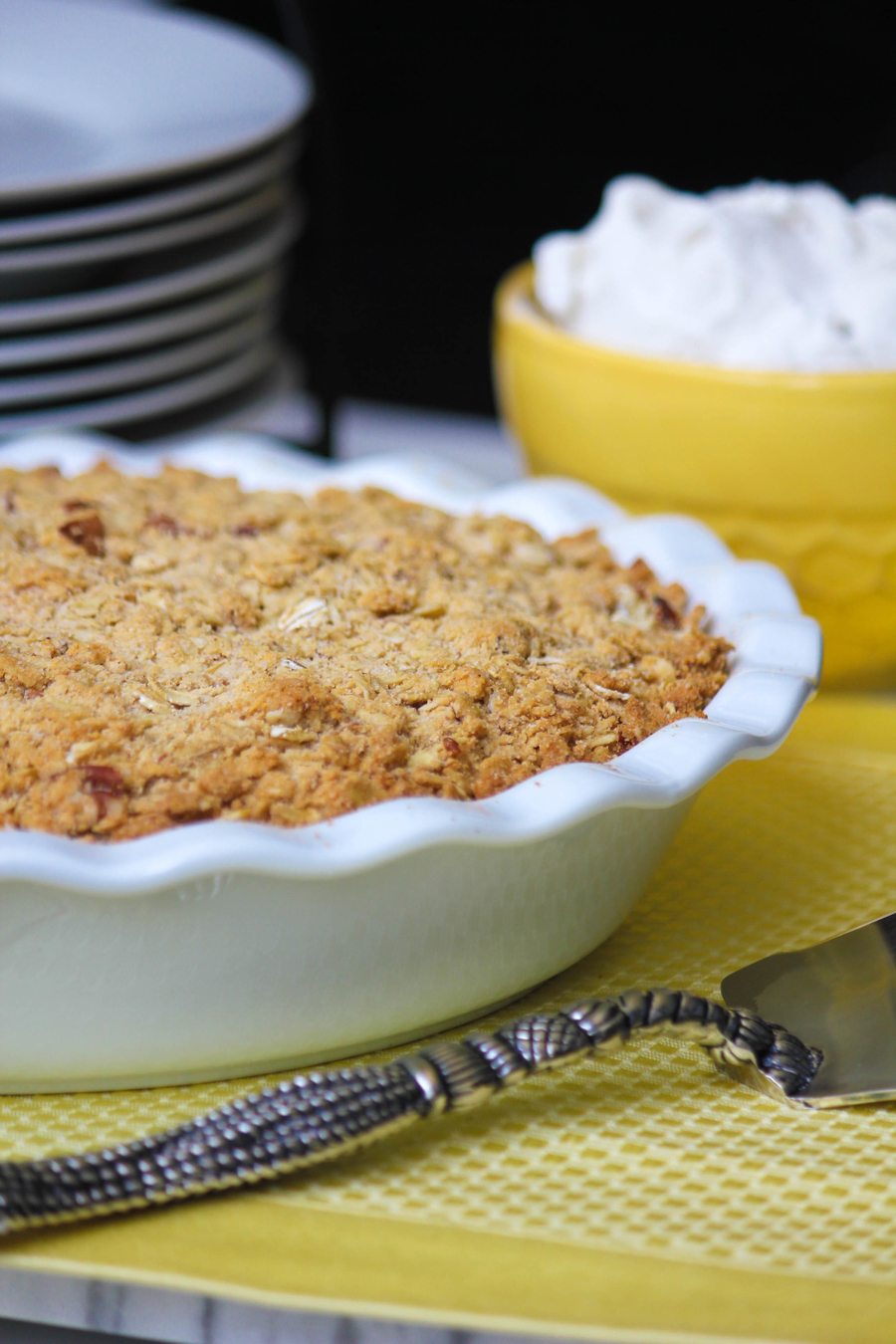 My recipe for peach cobbler is different each year and this year I decided to give gluten-free a try. Of course I knew the filling part would be easy to get right, but the crumbly “cobbler” topping was another story. Let’s face it: it’s not always easy to make good-tasting gluten-free desserts—especially clean ones! I wasn’t totally confident the gluten-free version would work… 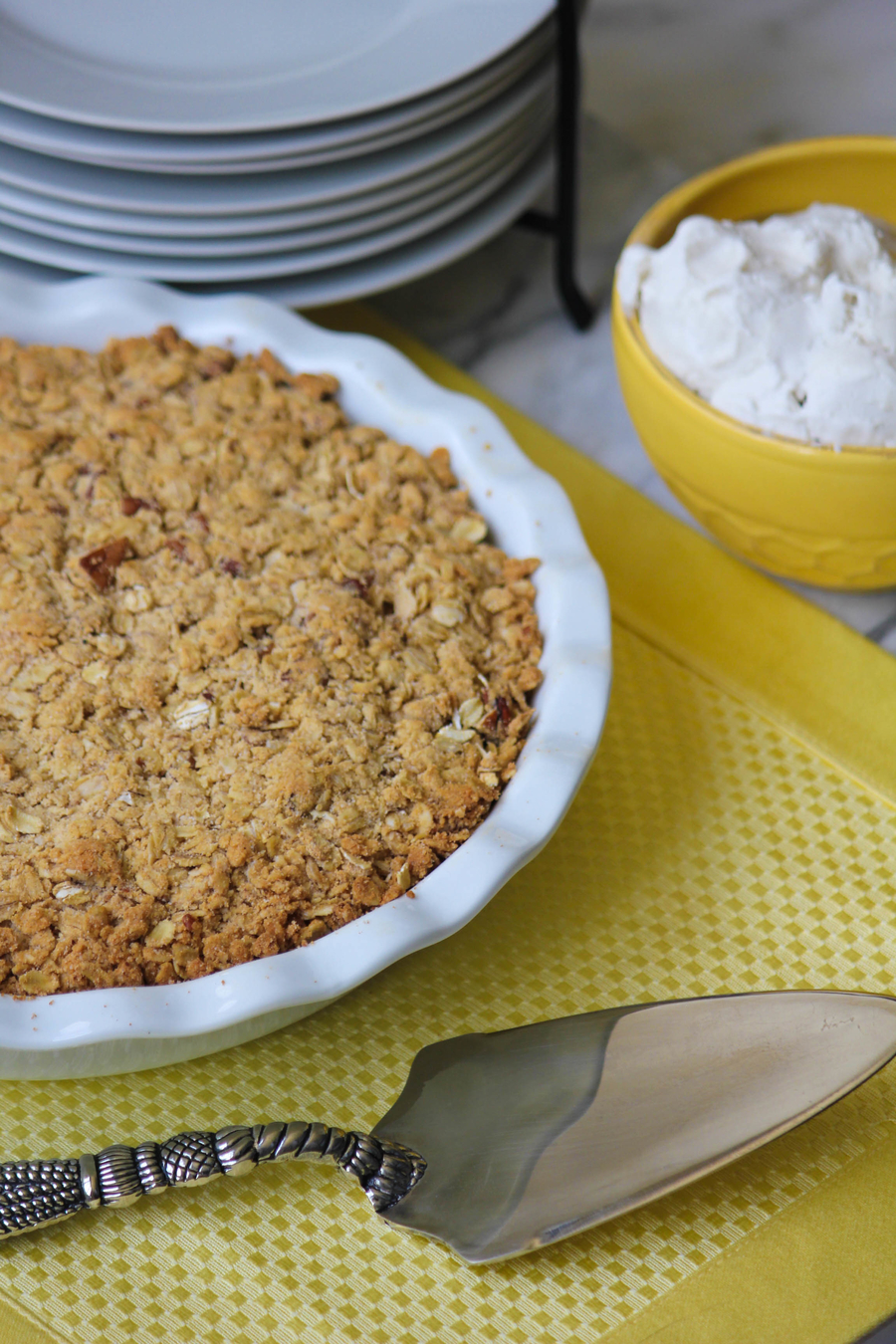 But turns out the combination of gluten free oats, coconut flour and brown rice flour combined with chopped pecans, extra virgin coconut oil, maple syrup and cinnamon ended up making an incredibly tasty crumbly granola-like crust that I honestly like better than any of my previous gluten-containing peach cobbler recipes. Turns out, going gluten-free was a peachy-keen idea after all 😉 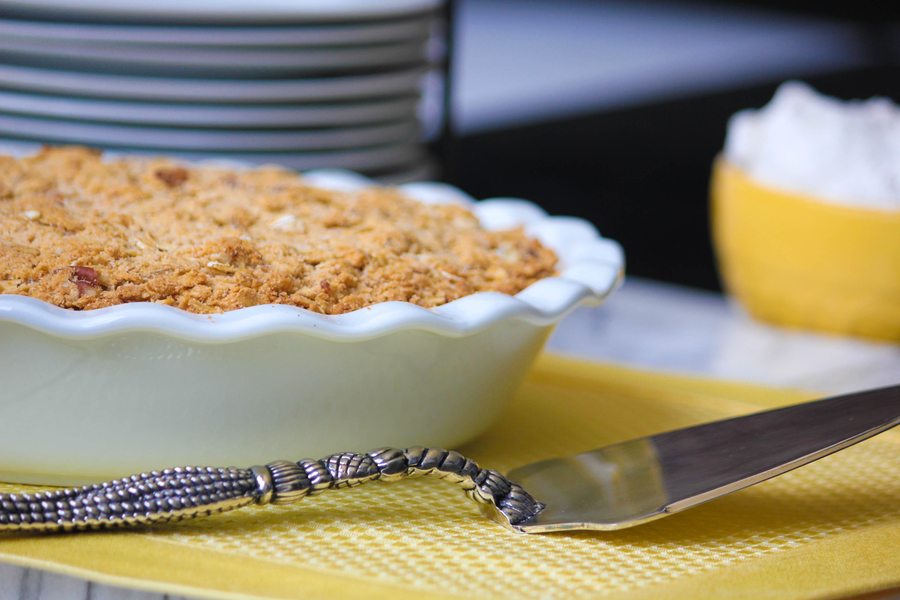 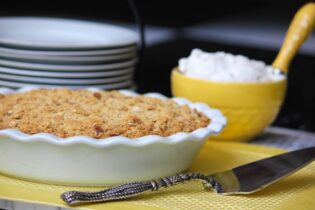 I have tried a number of different dairy-free ice creams, but the cleanest and, in my opinion, best-tasting is Coconut Bliss.

If you liked the recipe for peach cobbler and you are looking for more healthful, tasty and clean dessert recipes, be sure to check out our Clean Cuisine Superfood Cookbook (only $2.99 as a digital download). The book includes 40 superfood desserts, smoothies, sauces and more! 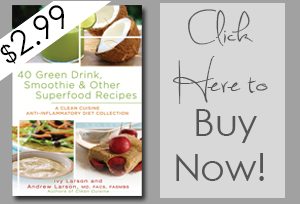