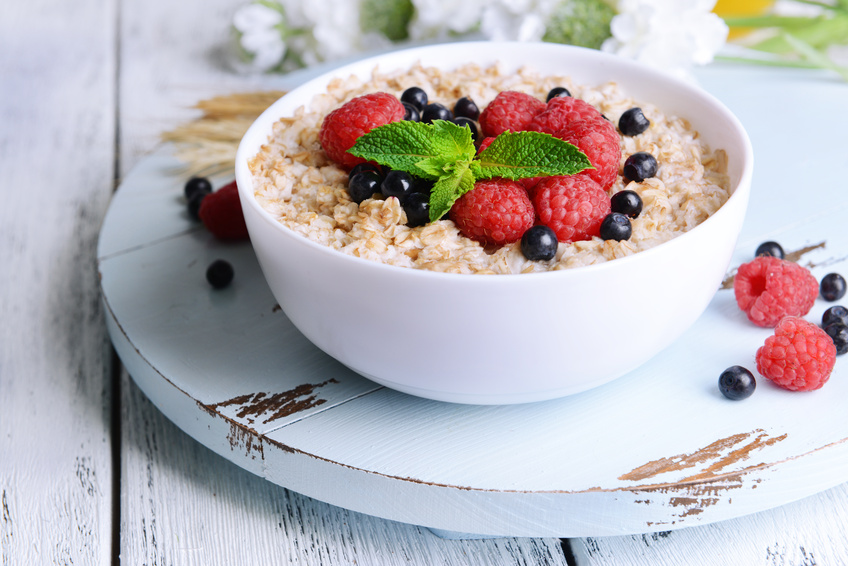 All the Paleo hype has not been good PR for whole grains. You may even be wondering if “healthy grains” exist. Yes, is the short answer.

In fact, if you are following a Paleo style diet in an effort to protect against heart disease, reduce inflammation, ditch diabetes, lose weight or gain health, you might want to reconsider the grains you have pushed off your dinner plate. Or at the very least, you will want to read the latest 2015 study on whole grains, which sheds a particularly bright light on cereal fiber.

Of course healthy grains in their unrefined “whole” form pack in more than just fiber. From a nutritional standpoint, whole grains such as buckwheat, oats, quinoa, amaranth, millet, brown rice, black rice, and so on, are among the healthiest foods on earth. These unrefined plant foods come packaged with a broad spectrum of anti-aging and anti-inflammatory phytonutrients and antioxidants. Whole grains also provide B vitamins, vitamin C, iron, magnesium, vitamin E and an array of amino acids.

Healthy Grains Do a Body Good

All the nutrition found in healthy grains must do a body good as plenty of studies show a direct correlation between good health and whole grain consumption. For example, high-quality cohort studies have linked diets rich in whole grains to a reduced risk of heart disease and diabetes. The Harvard Nurses’ Health Study found that women who ate more healthy grains in their whole and unrefined form weighed less than women who consumed fewer.

Consumption of healthy grains in their unrefined form is also associated with life extension. The recent 2015 study published in BMC Medicine involving more than 367,000 U.S. adults ages 50 to 71 showed those who consumed the most whole grains were 17 percent less likely to die over a 14-year period compared to those who ate the least amount of whole grains (1).  It was especially interesting to note individuals who ate a diet high in whole grains were about HALF as likely to die from diabetes as those who ate the least amount of whole grains. This particular finding was rather fascinating considering so many diabetics believe they should avoid carbs and yet even healthy grains are considered to be “high carb”. (Note: for the record, Clean Cuisine is not a low-carb nutrition program.)

Also noteworthy is researchers from the 2015 study have suggested the cereal fiber in unrefined healthy grains may play a larger role in overall health promotion that we might have realized. Although pure speculation on my part, since we do know dietary fiber has been shown to reduce C-reactive protein levels in the blood (2), maybe it is the anti-inflammatory benefits of fiber-rich healthy grains playing a larger role in disease prevention and life extension than the study showed.  While we don’t know for sure, we do know there is definitely something to all that cereal fiber found in healthy grains…

Could Cereal Fiber in Healthy Grains Offer More Benefits than Fiber Found in Fruits and Vegetables?

I was particularly intrigued by the letter that accompanied that study. Written by researchers Lawrence de Koning, Ph.D. and Frank Hu, M.D., Ph.D., both from the Harvard School of Public Health, the letter suggested it may in fact not just be the cereal fiber all by itself that delivers health benefits. Instead, the researchers suggest it could be the natural WHOLE packaging of nutrients that come along with fiber found in unrefined healthy grains—vitamins, minerals, and other phytonutrients and antioxidants. Healthy grains with the untampered nutrient and fiber combination found the way Mother Nature provided may just be what delivers the real health benefits.

In other words, you can’t simply isolate the cereal fiber from the whole grain and expect to optimize your health. That means supplementing with popular Paleo Fiber supplements will not in fact give you the same health benefits of eating the real deal in the form of unrefined healthy grains. And it certainly won’t taste as good! Sorry Metamucil.

What is the takeaway from all of this? If you are already following the Clean Cuisine program outlined in our book, then don’t change a thing. However, if you are eating clean but leaning more towards a Paleo style diet then my suggestion would be to rethink your dinner plate. After all, wouldn’t it be nice to have some brown rice with your Thai Shrimp and Veggie Stir Fry?

Want to Learn More About How to Incorporate Healthy Grains Into a Clean Eating Lifestyle?

2. The Journal of Nutrition