Potatoes—apples of the earth, or pommes de terre, as they say in France—were the low-fat power foods of the fitness-crazed 1980’s. But since then they have come under much scrutiny by fitness, health, and weight loss experts. Like leg warmers, potatoes have become very unfashionable among the health fad enthusiasts. 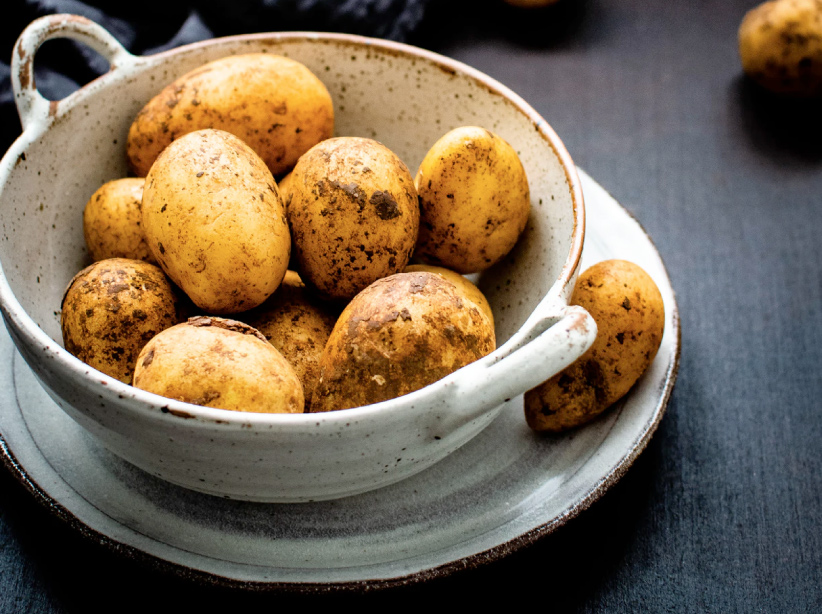 Time and again we hear diet gurus tell us to eliminate empty-calorie white foods including white bread, white rice, white sugar….and potatoes. Thanks to the low-carb craze most people automatically assume potatoes are empty-calorie starches and so they don’t even question why they get lumped in with all of the other junky white foods.  But is this fair? Are potatoes fattening? Are potatoes healthy? Let’s dig a little into the history of the potato…

Potatoes are a Staple Food

The potato is considered the 5th most important crop worldwide and has been a staple food to many people for thousands of years. In his bestseller, 1493, Charles Mann stated, “For 167 days in 1925 two Polish researches ate almost nothing but potatoes, mashed with butter, steamed with salt and cut with oil. At the end they reported no weight gain, no health problems and no craving for change in their diet.” Mann’s book further explains how Europe’s introduction of easy-to-grow potatoes supplemented unreliable grain crops and coincided with the end of most of the routine famine in North Europe.

According to some historians, it was thanks to the potato that a few countries were able to gain dominion over most of the world. And in the 1800’s it was noticed that the Irish peasantry, who relied almost exclusively on potatoes for their nutritional needs, were exceptionally healthy compared to the wealthier Irish who had access to more animal foods.

I certainly am not suggesting you eat a diet of 90% potatoes, but doesn’t the history of potatoes make you question why they would be classified with the other empty calorie white foods? Surely potatoes must have something going for them other than being a source of starchy carbohydrates…

Other than carbohydrates, what else is in a potato? If you eat potatoes whole and with their skins on (which is how I recommend you eat them), then you are getting a good dose of antioxidants and phytonutrients along with fiber, vitamin C, vitamin B6, manganese, tryptophan, iron and potassium. Although bananas are thought to be the potassium superstars, potatoes actually have double the amount of potassium per serving. In fact, potatoes meet the FDA requirements for the health claim, “consuming foods such as potatoes that are good sources of potassium and low in sodium may reduce the risk of high blood pressure and stroke.” Potatoes are also a good source of kukoamines, found in gogi berries, which work in synergy with potassium to lower blood pressure.

And, thanks to a new analytical method developed by Agricultural Research Service plant geneticist Roy Navarre, scientists have identified 60 different kinds of phytonutrients in the skins and flesh of 100 wild and commercially grown potatoes. Analysis of Red and Norkotah potatoes revealed that these spuds’ phenolic content rivals that of broccoli, spinach and Brussels sprouts, and includes flavonoids with protective activity against cardiovascular disease, respiratory problems and certain cancers. So clearly, the potato is not just a source of empty calorie starch.

Do Potatoes Make Us Fat? 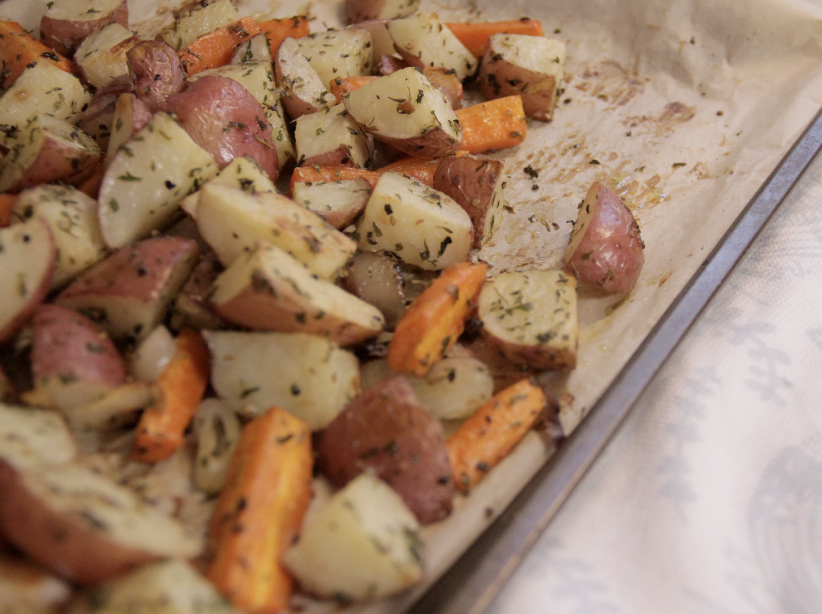 Potato-bashers love to blame potatoes for contributing to the obesity crisis, but according to the USDA Economic Research Service, potatoes only make up 2.5 percent of the U.S. per capita food supply. (1) And when you consider that the vast majority of potatoes Americans do eat are in the unhealthiest form, such as French fries and potato chips, it makes you stop and think. Just because so many people make the choice to eat potatoes that have been fried in oil does not mean that the potato itself is unhealthy. Maybe we shouldn’t be blaming excess potato consumption for the extra pounds after all!

In fact, the high starchy carbohydrate content of potatoes actually makes them number one on the Satiety Index, which scores foods according to how much they satisfy our hunger right after eating them. (2) Turns out, boiled potatoes are three times as satisfying as fried potatoes and can be very helpful for curbing cravings for sweet foods. One of the reasons potatoes are so satisfying is that they are a high volume food that can stretch your stomach. This process stimulates your digestive system’s distention nerves, thus sending the message to your brain that you are feeling full. Your hunger is then quieted and you feel satisfied. Eating foods that make you feel satisfied is absolutely essential for long term weight management.

Studies show a diet rich in resistant starch not only helps control blood sugar levels and reduce fat storage after meals but also helps you feel more full, so you eat less. (3)  The resistant starch found in the plant-based whole carbs that make up the bulk of the rural Chinese diet might help explain the findings outlined in the Campbells’ China Study book showing that per kilogram of body weight, the rural Chinese ate a generous 30 percent more calories than the average American yet weighed 20 percent less despite having comparable activity levels. (4)

All of this is a perfect example of how not all calories and not all carbohydrates are created equal. It is time to retire calorie counting for good from the weight-loss vernacular. Resistant starch is bulky, so it takes up space in your digestive system and you simply feel more satisfied after eating. By promoting a sensation of fullness or satiety, improving your body’s sensitivity to insulin, and increasing the breakdown of fat, resistant starch from plant-based whole carbs (including potatoes!) is an essential component to losing weight without feeling hungry.

Not only will resistant starch help you shed pounds but it can improve your health in many additional ways. Resistant starch support heart health by binding to dietary cholesterol and removing it from the body, thus lowering serum (blood) cholesterol levels. Diets rich in resistant starch also help remove toxins from your body and can lower the risk for colon cancer. And, finally, because resistant starch is a prebiotic fiber that pro­motes good bacteria and suppresses bad bacteria, it can help normalize bowel function and support a healthy digestive system in general. Having more good-for-you bacteria in your digestive system will also improve your immune function and make it easier for your body to fight disease.

As we state in our book, Clean Cuisine: An 8-Week Anti-Inflammatory Nutrition Program that Will Change the Way You Age, Look & Feel, we do not buy all of our produce organic simply because it is not always convenient to do so and because it can be very pricey. However, there are certain fruits and vegetables I insist on buying organic, and potatoes are one of them. As documented in Michael Pollan’s The Botany of Desire, large scale potato farmers now douse farmland with so many fumigants, fungicides, herbicides, insecticides and artificial fertilizers that there is an increasing level of real concern over the way potatoes are grown. Root vegetables like potatoes absorb into their flesh what winds up in the soil, so you can’t just wash the toxins off either.  Even though pesticides are present in food at very small trace levels, their negative impact on health is well documented. The liver’s ability to process other toxins, the cells’ ability to produce energy, and the nerves’ ability to send messages can all be compromised by pesticide exposure. The solution is to simply to buy organic potatoes. Luckily, organic potatoes are not very pricey; they only cost about $1 to $2 a pound, just slightly more expensive than conventional spuds.

If all this potato talk is making you hungry, be sure to check out one of my absolute favorite spud dishes, this Recipe for Twice Baked Potatoes will blow you away!

More information on potatoes, including recipes and the best way to eat them, is available in our book, Clean Cuisine and our Clean Cuisine Dinners Cookbook.

A practice that has become very common, and even t

We love Mexican food, and are always so excited wi

Made without refined sugar or dairy, the recipe fo

Change can be difficult, and for me, it took chron