Nutrition Advice / Vegan Protein Can Be More than Adequate

Although we consider ourselves to be plant-based, we definitely aren’t vegan. However, the reason we still eat small amounts of animal food has nothing to do with protein. Even if you wanted to eat 100 percent vegan and never ever touch a piece of chicken or beef again, you could still actually get all of the protein you need from unrefined whole plant foods, assuming you ate enough calories. 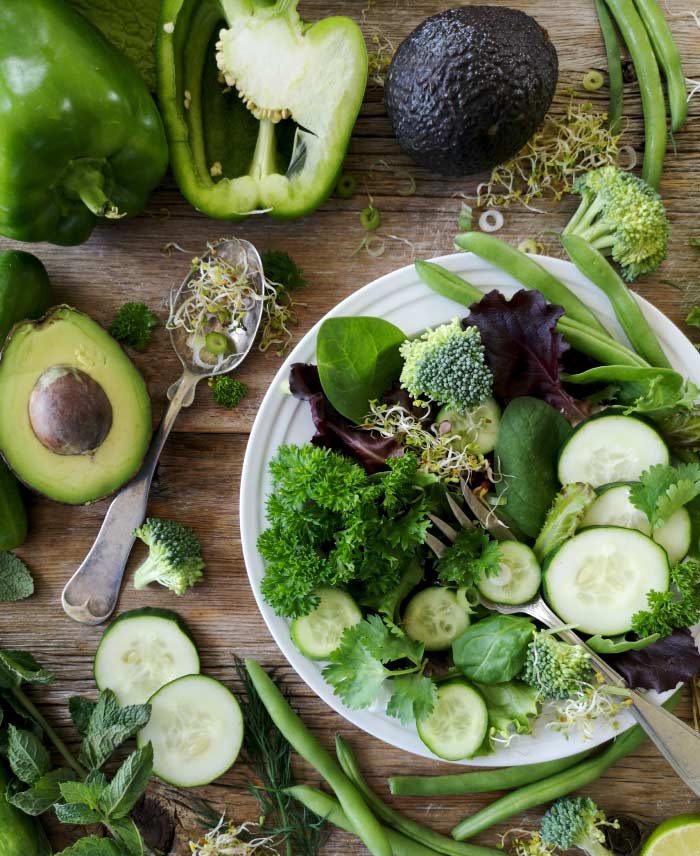 Did you know that every single plant food contains protein? For example, did you know that 52 percent of the energy in spinach comes from protein? Broccoli contains 38 percent protein; black beans, 26 percent; quinoa, 14 percent; and walnuts, 10 percent.

And don’t worry about the outdated advice that you need to mix and match your foods to get a complete protein. Your body cannot use protein directly from the food you eat anyway; it must convert food protein into amino acids and then use the amino acids to repair your body, regulate hor­mones, and so on. Because your body stores and releases the amino acids it needs over a 24-hour time period, it is totally unnecessary to go to the hassle of combining foods to achieve “protein completeness.” While it is true some plant foods have more essential amino acids than others, in the end your body gets the protein it needs from the foods you eat on a long-term basis, not from a single meal.

For example, legumes like cooked dried beans, dried peas, and lentils are low in sulfur-containing amino acids such as methionine but they are high in another amino acid called lysine. Grains are just the opposite. So if you eat both foods during the course of a day or even a couple days apart, you still get all the essential amino acids your body needs. What is more, certain plant foods, such as soy, contain adequate amounts of all essential amino acids so no specific effort to com­bine proteins is required at all. In fact, even the American Dietetic Asso­ciation has stated that:

Because protein is an essential part of plant cells, at least some protein is found in all plant foods. We bet you didn’t know that per calorie, cooked spinach has more than twice as much protein as a cheeseburger. It’s not that we don’t eat meat, it’s just that we don’t eat meat specifically for the protein because we know we can get protein from plant foods if we eat enough calories.

When it comes to eating clean, it’s important to remember plant foods are lowest on the food chain and therefore contain considerably fewer toxins than animal foods. Keep in mind that for every step you climb up the food chain ladder, there is a greater chance of accumulating and con­centrating toxins found in the environment; toxic overload can tip the body’s balance toward inflammation, illness, and accelerated aging. While it would be ideal to eat 100 percent organic food, if this is not possible, and it usually isn’t, it is important to know you will still get far fewer toxins choosing nonorganic plant foods over even certified organic animal foods.

Animal Foods are Not Pure Packages of Protein

Even skinless chicken breasts, which are considered very low-fat animal foods, contain most of their few fat calories from undesirable saturated fat. If you are getting omega-3 fats from an animal food such as fish, then it is good fat, but the vast majority of the fat we get from animal foods is not from omega-3-rich fish, it’s from four-legged animals that contain a large amount of saturated fat and very minimal amounts of omega-3 fat. The problem is that saturated fat from animal foods is pro-inflammatory and harmful to your health in many overlapping ways. Unrefined fat eaten as part of a whole plant food—even if it’s plant-based saturated fat from coconuts—is considered clean healthy fat.

Not only do plant foods supply plenty of amino acids and protein, but they come packaged with all sorts of anti-aging and health-promoting perks in the form of antioxidants, fiber, and phytonutrients that are not found in animal foods. Choosing to eat a variety of the following foods will supply your body with adequate protein containing all the essential amino acids. 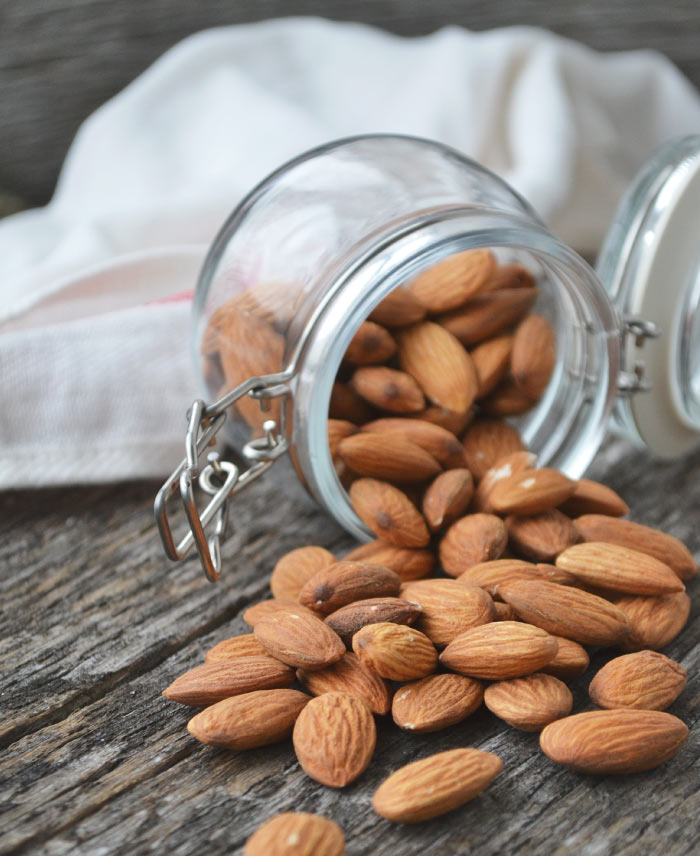 Consider Pushing Protein to the Side of Your Plate

We realize pushing meat to the side of the dinner plate is a radical devia­tion from the way many people have grown up eating. And we totally understand that the thought of de-emphasizing animal protein has sort of an undesirable new-age health movement ring to it, one that sounds like it means self-denial and deprivation. We get it.

We also understand that a change in diet requires considerable creativity and a bit of behavior modification at first. But even with all of this in mind, we are going to ask you to rethink your standard dinner plate anyway. And in doing so, we promise to broaden your appreciation of food in general. Think of the less meat thing as a culinary journey—a journey that will awaken your senses to all the incredible other foods and flavors that you miss if you eat a meat-heavy diet.

And really, we just have to ask, is eating baked skinless, boneless chicken breasts as the main dinner entrée night after night truly exciting? By the way, it’s not your imagination that we’ve been digging on skinless chicken breasts a bit; we’ve been doing so because we know many people think they are a great “clean” food. There is nothing inherently wrong with eating a bit of pastured chicken, but people eat too much of it. According to the USDA the average American eats 80 pounds of chicken each year. That’s a lot of chicken, people! Is all that chicken really that tasty? Do you think you could get by eating a smidgen less? And maybe you could also eat a bit less than the 65 pounds of beef and 60 pounds of pork the average person consumes each year on top of the 80 pounds of chicken. You have to ask yourself… Is all this animal protein mak­ing us healthier as a nation? Leaner? Just some food for thought.

Look at What People Eat in Other Parts of the World

The rest of the world is actually way ahead of the United States in terms of incorporating smaller amounts of meat as a supporting cast member to the plate as a whole. A plate that is often bubbling over with flavor from spices, herbs, and vegetables we might add. But even here in the good old U.S.A., where visions of Texas ranches and steakhouse restaurants dance in our heads, there is a growing audience of people who declare themselves omnivores yet have begun to trim back on animal foods. This would include us. We consider ourselves to be “flexitarians,” or part-time vege­tarians. We still eat animal foods, but we really do limit our intake of them. We know to purists being part-vegetarian is like being half-alive, but after doing the research, we cannot find proof that being either veg­etarian or vegan is the healthiest way to eat. Limits for the sake of limits is not our style. 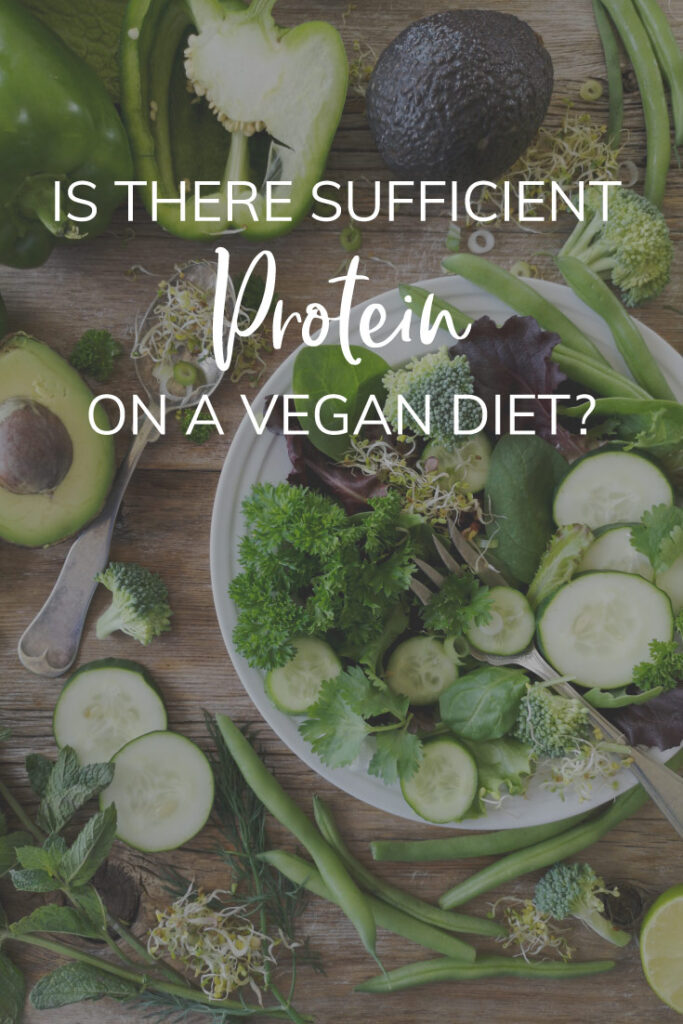 Is Vegan the Best Way to Go? Not Necessarily.

We emphasize sup­posedly because the reality is not all vegan or vegetarian diets are fruit- and veggie-forward and not all vegan and vegetarian diets are based on unre­fined whole foods. Simply being vegan does not mean you are optimizing your health. In fact, the vegan or vegetarian who eats a diet based on nutrient-poor foods such as bagels, pretzels, processed breakfast cereals, French fries, white rice and vegan cupcakes will be far worse off than the non-vegan who eats most of his or her calories from fruits, vegetables, beans, nuts, whole grains, and seeds but also includes small amounts of animal foods too, such as eggs and lean cuts of beef and chicken.

And we just can’t find scientific evidence to support health reasons for anybody eliminating fish from their diets. Furthermore, even though studies do show that vegetar­ians have fewer heart attacks, less incidence of cancer, less obesity, lower weight, less high blood pressure, and longer life spans in general, if you dig deep into the research you’ll see even those who are not super strict at avoiding animal foods enjoyed equally impressive health benefits across the board, as long as the bulk of their calories came from unrefined whole plant foods with plenty of fruits and vegetables.

The take-home message here is that science supports that you can reap the health and weight-loss benefits of a vegan diet without being 100 per­cent vegan. Even Colin Campbell, Ph.D.—one of the biggest champions of vegan diets in the medical community, co-author of the best-selling book The China Study, referred to as the “Grand Prix of epidemiology” by the New York Times—states in his book that it has not been proven that a zero animal food diet is best. We agree, it has not been proven. We would go further as to say we believe a slightly less than vegan diet, one that contains omega-3-rich seafood and is more like Clean Cuisine, is the most healthful.

Our goal is not to set the bar for dietary purity so high that it guarantees failure; instead we want to help you learn to eat in a way that fits into your lifestyle, a way of eating that is doable, tasty, and healthful. Less than 0.5 percent of the population is vegan, meaning they eat no animal foods whatsoever; you don’t need to go to these extremes to improve the way you age, look, and feel. Clean Cuisine is not about exclu­sivity or making people think they can’t measure up to nutritional ideal­ism. And to repeat, going to vegan extremes is not necessary or proven for optimizing health.

So then, how many animal foods do we actually eat? As a general rule we don’t eat more than one animal food per day (with the exception of pastured eggs); typically we are ovo-vegetarians until dinnertime. At least two thirds of the few animal foods we do eat are fish or shellfish. On a few days each week we eat a completely vegan diet, such as meat-free Mondays. When we do eat animal proteins, we choose the absolute cleanest sources.