Nutrition Advice / How Much Protein Do You Need a Day?

How much protein do you need a day? We would have to say that this is among the top ten most frequent questions we are asked. And our answer surprises just about everyone.

The amount of protein you need is surely a lot less than you think!

It’s not that we don’t think protein is important stuff, it’s just that for the most part people eat way more of it than they should.

But first, what exactly is protein? Protein is an essential nutrient that plays a vitally important role in rebuilding body tissue. It is protein that actually forms the framework of your body, including the muscles, organs, and connective tissue. In the form of enzymes, proteins help you digest your food, and as antibodies, proteins protect you from illness when viruses and bacteria attack. No doubt protein is really important. But, pro­tein is not the wonder macronutrient many people think it is… 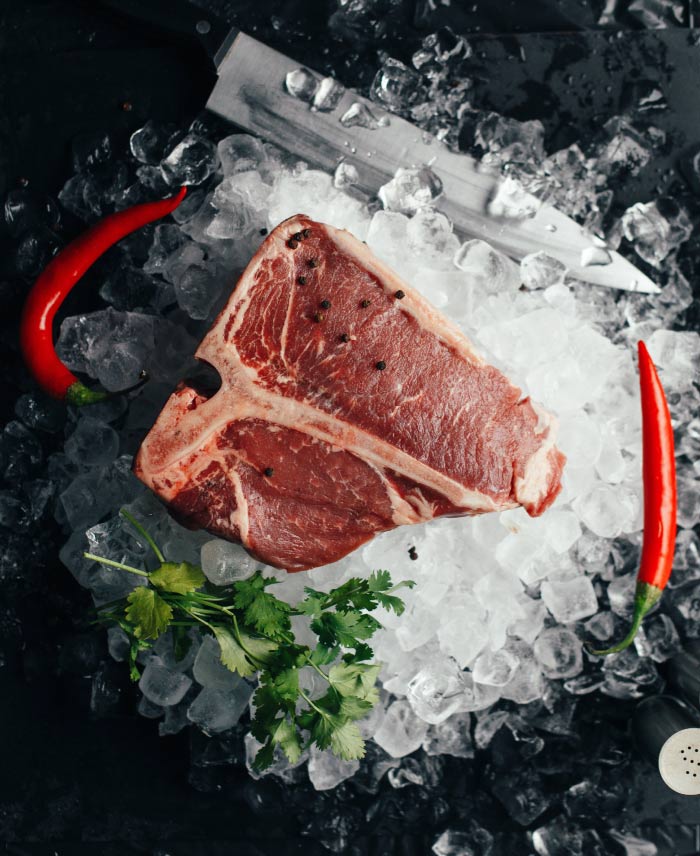 There IS Such a Thing as Getting Too Much Protein

Here’s the deal, there is absolutely no reason to eat above and beyond the protein your body needs for mainte­nance and repair. It is interesting that of the three macronutrients—carbs, fats, and proteins—the only one that seems to get off scot-free when it comes to being blamed for its potential role in degenerative diseases—and weight gain— is protein. Nobody ever seems to want to blame protein, for any­thing harmful. Carbs and fats get blamed for obesity, heart disease, type 2 diabetes, and so on, yet somehow protein has remained unscathed in the eyes of the general public. In fact, protein is the stuff everyone still seems to be scrambling to get more of!

We’ve never heard of someone saying, “Oh no, I can’t have more chicken, I’m trying to limit my protein intake.” And of course some big hunk of protein still takes center stage on most modern dinner plates.

Protein is also the stuff dieters make a mad dash to the nutrition store to buy in bulk. You don’t see many manufacturers advertising the fact that their products contain “extra fat” or “extra carbs. But processed protein bars, protein powders, protein shakes, and protein supplements are ubiquitous. It’s as if we were all in some sort of enormous protein emergency. But, of course, we are not. We are in anything but a protein emergency. In reality we eat far too much of the stuff than our bodies really need.

So many of the protein supplements out there have been processed so heavily that they have had pretty much all of their other nutrients removed, leaving behind pure protein and usu­ally some filler fats and carbs. These are, of course, not natural whole foods.

Regardless of what certain diet gurus and fitness trainers would like you to believe, protein is not a free food. If you eat more protein than your body needs, the extra protein doesn’t just magically evaporate into thin air; it gets stored as body fat. That means the protein calories in that extra piece of chicken don’t just vanish. Eat too many skinless chicken breasts or too much whey protein powder or too many egg whites, and your jeans can soon be too tight.

Eating more protein (or any other macronutrient for that matter!) than your body needs will also accelerate the aging pro­cess by increasing oxidative stress. Although many people are no doubt confused about the facts on pro­tein, if you took a random poll picking any John or Jane Doe off the street, that person would tell you protein and animal foods such as beef and chicken go hand in hand. This means if you are eating a diet high in pro­tein you are most likely eating a diet rich in animal foods. One of the problems with an animal-food-rich, protein-packed diet is that your stom­ach can hold only so much food in one day; if you are filling up on animal foods, you are basically just pushing all the other phytonutrient-rich, anti­-aging, anti-inflammatory and disease-fighting plant foods such as fruits, vegetables, whole grains, beans, nuts, seeds, and avocados right off your plate. People aren’t eating nearly enough unrefined whole plant foods as it is, so the last thing we need is to displace plant foods with large portions of protein-packed beef, chicken, milk, and protein shakes.

What we really need to be eating are more unrefined plant-based foods. Plant foods are the foods we are deficient in; we are not deficient in skinless chicken breasts. Keep in mind, protein-packed animal foods contain none of the disease-fighting phytonutrients found in plant foods that are essential for reducing inflammation, preventing DNA damage, helping us stay youth­ful, and protecting against disease. In addition, animal foods are lacking in important substances that protect against cancer and heart attack, including fiber and phytonutrients, and they are rich in substances that are directly associated with degenerative diseases, such as saturated fat. It’s not that animal foods don’t come packaged with other nutrients that are absolutely essential, such as the omega-3 EPA and DHA found in fish, the vitamin D in eggs, or the vitamin B12 found in all animal foods. These are all very important nutrients that are pretty much impossible to get adequate amounts of if you don’t eat some animal foods or take supple­ments, which is one of the reasons we are not vegan. But, it is very important to realize you do not need to be eating animal foods just to get enough protein!

You Can Get Plenty of Protein from a Plant-Based Diet.

Don’t get nervous! Just because we tell you that you can get plenty of protein from plants doesn’t mean we are trying to convince you to convert to a vegan diet (Andy, in particular, isn’t about to give up his salmon burgers, and he still loves a sirloin steak now and then too!), instead we are trying to drive home the point that protein should come as a whole package deal. There are far too many nutrients that we need from plant foods, and if we over­-consume animal foods just because we are under the misguided impres­sion we will be protein-deficient if we don’t, then we end up shortchanging ourselves in overall total nutrition. Instead, the vast majority of our pro­tein should come from unrefined “whole” plant foods, which come packaged with phytonutrients. Animal foods should be consumed in much smaller quantities than what is standard in the modern-day diet. So yes, you can still have some steak (preferably pastured and organic steak, but more on that in a bit), but you should keep your portions moderate. And you don’t need to eat animal foods at every meal either.

How Much Protein Do You Need Each Day?

A Lot Less Than You Think.

Trust us, the prevailing nutrition problem with modern society is not that we are not getting enough protein; instead, we aren’t getting enough unrefined whole plant foods! If anything, people eat way more protein than they should.

VEGAN FOR THE DAY

Not long ago, as an experiment, we decided to add up the protein intake on a day without any animal foods whatsoever. Take a look; you can still get a good amount of protein. 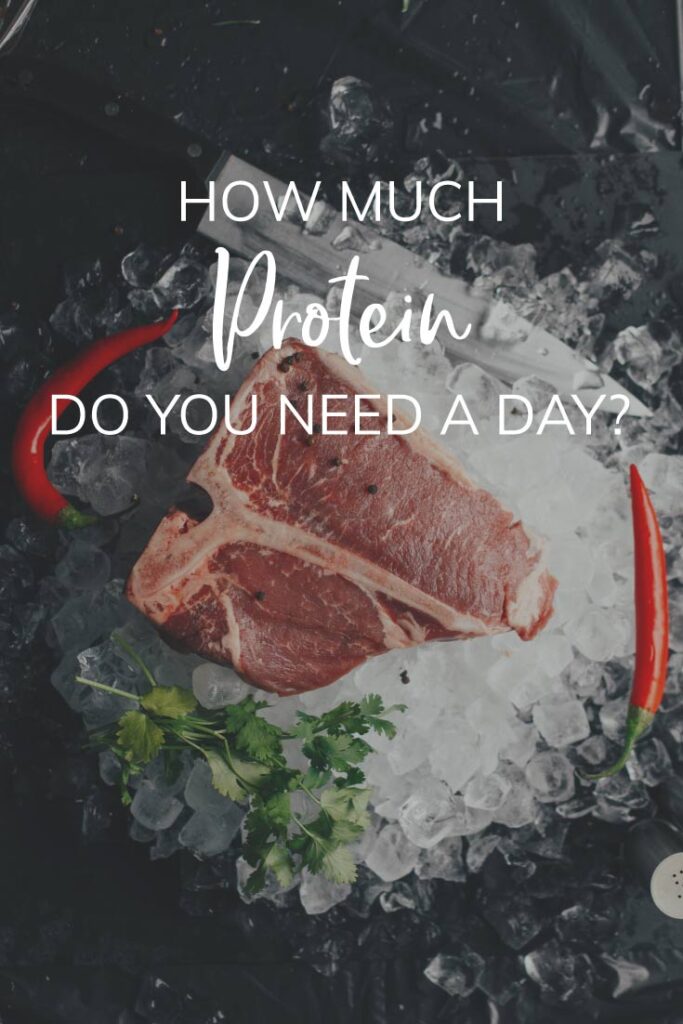 Don’t You Need More Protein if You Exercise?

Don’t you need more protein if you exercise? Yes and no.

On the day we recorded our meals above, we didn’t add in exercise, but if we had exercised, we surely would have been hungrier and would have eaten more calories; if we ate more calories some of those calories would have almost certainly contained protein and so we would have increased her protein intake just by consuming more calories.

If you exercise, your body needs more of all macronutrients—carbs, fat, and protein. You don’t need just more protein.

If you regularly work out, you want to make sure you get enough total calories; enough carbs to fuel muscles; optimal amounts of essential fats; and a wide variety of amino acid–containing plant-based whole foods such as nuts, seeds, green vegetables, beans, and whole grains. You can still have moderate amounts of protein-rich animal foods too, but the thing is you don’t need to go out of your way to stockpile skinless chicken breasts in your freezer either. As long as you eat enough good clean calories, including fats and carbs, and get a nice mixture of amino acid–containing “whole” foods, your body will have the raw material it needs to repair itself and build lean muscle mass after a workout.

And do keep in mind, intense exercise substantially increases your need for car­bohydrates, not just for energy to fuel your workouts but also for replen­ishing muscles post-exertion. If you exercise for weight management or your workout goal is to lose weight, eating more protein isn’t going to help you trim down any faster. In fact, eating more protein and increasing total caloric intake while main­taining the same exercise level will build an equal amount of additional fat and muscle mass, according to a study published in 1992 in the Journal of the American Geriatrics Society. (1)

In general if you are a moderate exerciser, you really don’t need to modify your diet much at all. Maybe you’ll need to add a modest-size snack, such as half of a “No-Milk Shake” or some fruit and nuts before or after your workout, but you certainly don’t need to refuel with laboratory-created protein powders. However, if you exercise intensely you do need to eat more calories. And again, by eating more calories from whole foods you will, by default, be getting more protein. Let’s take beans as an example here. Suppose you don’t normally exercise very much, so you eat only about a ½ cup of beans at a single sitting. On average, most ½ cup servings of beans will give you 7 to 10 grams of protein. If you suddenly start a rigorous workout program your appetite is going to increase, so when you sit down for your next dinner, you may consume 1 cup of beans, which means you will be getting 14 to 20 grams of protein total or 7 to 10 grams more protein than what you got from your usual serving of beans. The point is you don’t need to consciously go out of your way to single protein out as the one macronutrient to eat more of; if you are active, you simply need to eat more food and more total calories in general.

Instead of worrying so much about protein, if you exercise a lot it is especially important to make sure you get more antioxidants and phyto­nutrients to combat the exercise-induced oxidative stress that is inevitable with an intense fitness training program. And the more hardcore your workout is, the more cell-protecting antioxidants and phytonutrients you need to ingest. Keep in mind, unrefined whole foods are the best sources of antioxidants, and plant foods are the only sources for phytonutrients. If you want to supplement your diet with anything after a workout you should supplement with a phytonutrient booster,

NOTE: If you are an endurance athlete or serious body builder, we encourage you to consult with a sports nutritionist to tailor a nutritional program unique to your increased calorie needs. In general though, you would then need to eat relatively more dense carbs than our fruit- and veggie-forward Clean Cuisine diet rec­ommends, not necessarily more protein-rich foods.