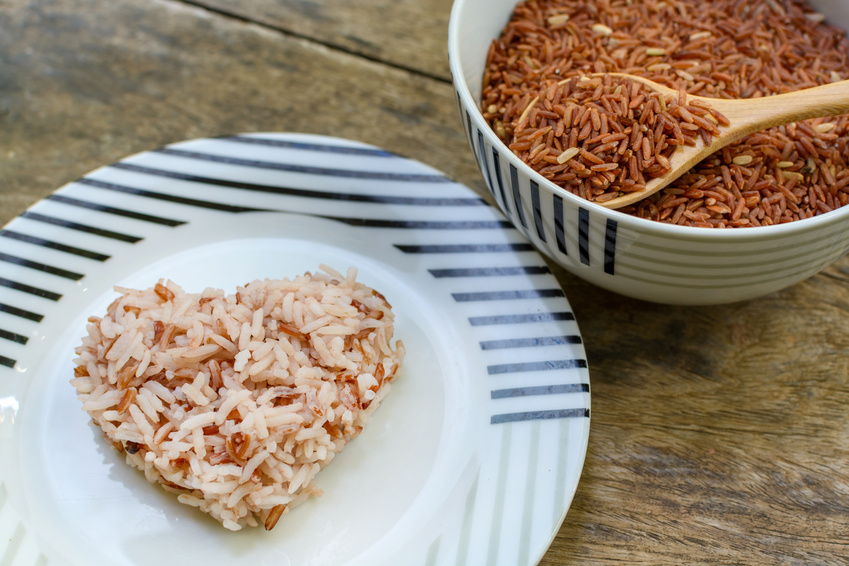 Going against the grain seems to be gaining in exponential popularity these days. While I am not at all discounting everything the no-grain group is eating or endorsing, I do feel as though the time has come to discuss the ongoing bashing of whole grains.

Unrefined whole grains are NOT inflammatory foods. In fact, if you start doing a bit of research on PubMed, you’ll see the consumption of whole grains has not only been linked to decreased inflammation, but also to weight loss and gastrointestinal health, both of which many Paleo followers believe is not possible on a diet that contains grains.

But before we get to the grains, let’s chat a bit about the foods that are contributing to the rampant spread of a national inflammation epidemic.

The S.A.D. (Standard American Diet) is Rich in Inflammatory Foods

Almost half of all Americans suffer from an inflammatory disorder (and if you know my story, you know this includes me.) In fact, the common thread linking a tremendous number of seemingly unrelated conditions ranging from obesity to heart disease, asthma to allergies, fibromyalgia to arthritis, multiple sclerosis to endometriosis, and hundreds of others, is inflammation. The bad news is, so many of the foods that make up the S.A.D. (Standard American Diet), such as baked goods made with refined flour (crackers, pretzels, breads, pizza dough, etc.), sugar, meat, cheese, fried foods, and refined vegetable oils (corn oil, soybean oil, “pure” vegetable oil, etc) are all inflammatory foods that exacerbate whole-body inflammation and contribute to the worsening of a countless number of inflammatory conditions that affect millions of Americans.

The good news is, so many of the inflammatory conditions people suffer with can be dramatically improved simply be adopting an anti-inflammatory diet. 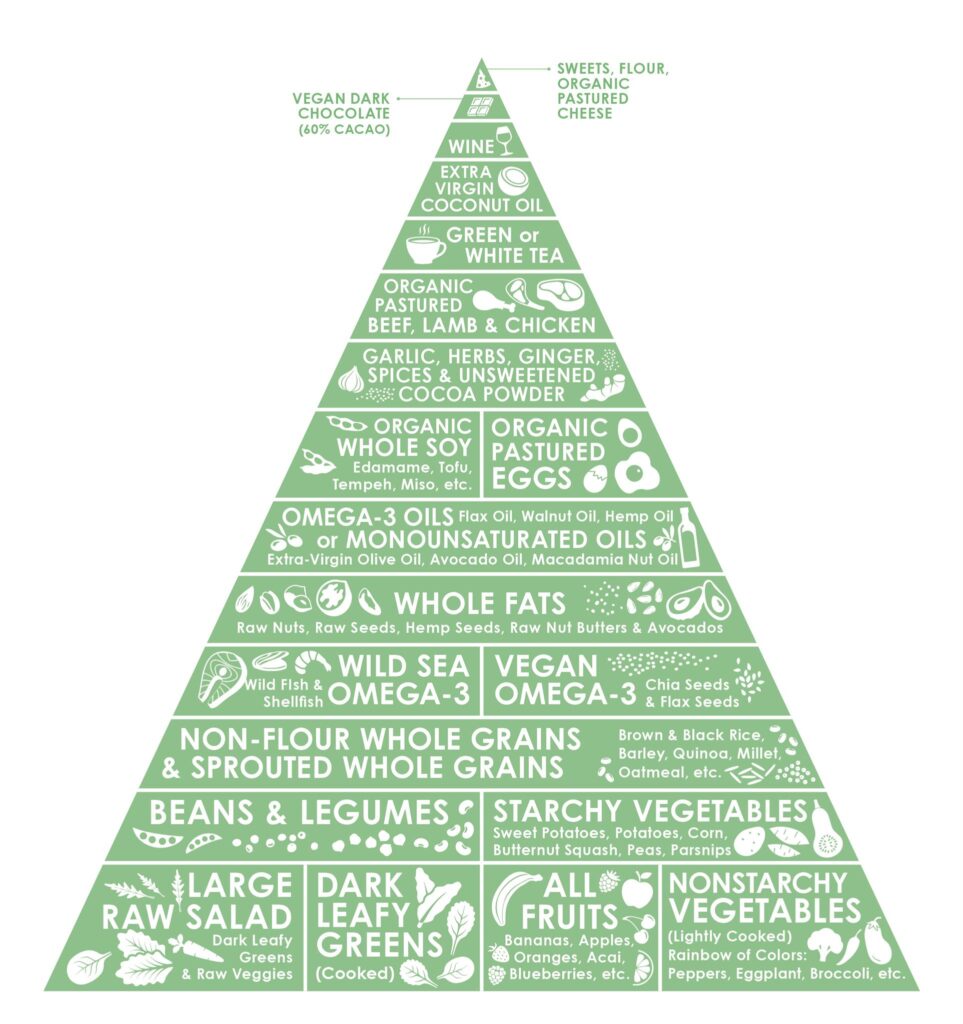 So, why then are whole grains wrongfully being labeled as inflammatory foods and getting such a bum rap these days?

Before we get down to the nitty gritty of whole grain nutrition research as it relates to inflammation, it is important to understand that the type of inflammation we are referring to is chronic, “whole body” systemic inflammation that manifests itself in the cardiovascular system and autoimmune system. This type of inflammation can be tested using standard biomarkers of inflammation with simple blood tests that measure such things as CRP (C-reactive protein), interleukin-1 and TNF (tumor necrosis factor).

Many studies show that lifestyle modification, including changes in diet, exercise and even nutrition supplementation with multi-vitamins (1) and fish oil (2) can reduce “whole body” inflammation. A diet high in fiber, with a favorable omega-3 to omega-6 ratio, reduces inflammation (3) as does eating plenty of phytonutrient-rich and antioxidant-rich plant based foods.

It also is well established in the medical literature that diets high in animal-based saturated fat and trans fats increase overall levels of inflammation (4), as can eating too many processed foods and too many calories in general.

Where Do Whole Grains Fit In an Anti-Inflammatory Diet?

Whole grains are also key source of fiber, which plays an important role in reducing inflammation. In fact, simply increasing intake of fiber has been shown to lower inflammation and C-reactive protein (5). Keep in mind that the average American only consumes about 15 grams of fiber a day, which is roughly half of what is recommended. Since whole grains are one of the best sources of dietary fiber, banishing this food group from your diet makes meeting the optimal daily dietary fiber quota unnecessarily difficult.

And really, there is no reason you should be going out of your way to eliminate whole grains from your diet….

If you have tried low-carb diet trends that drastically limit carbohydrate foods such as whole grains, it is highly unlikely that you are getting enough fiber, which not only plays an important factor in reducing inflammation, but also disrupts the probiotic conditions of your gut. In fact, researchers have found that eating whole grains (barley, brown rice, or especially a mix of the two) even for a short period of time favorably altered the gut microbiota in ways that coincided with improvements in systemic inflammation. (6) Whole grains rich in soluble fiber (such as oatmeal and barley) are also rich in prebiotic inulin and oligofructose, which feed the hungry probiotic bacteria in your gut. This special type of fiber helps temporarily trap carbohydrates in your digestive system and slow their absorption, which in turn curbs appetite and plays a critical role in promoting hunger-free weight loss. Another type of fiber found in whole grains, insoluble fiber (such which is found in whole wheat) promotes gut health by excreting bile in the small intestine, thus making the way for probiotic bacteria to enter the colon safe, sound and alive.

It is highly ironic that whole grains are often bashed for not being “gut friendly”, when in reality they play a tremendous role in promoting overall gastrointestinal health. It is well established that many dietary components can positively affect gastrointestinal health, including fiber, oligosaccharides, resistant starch, phytonutrients, antioxidant vitamins, and minerals and whole grains provide ALL of these beneficial components.

For the record,  gastrointestinal health is characterized as maintenance of homoeostasis of gastrointestinal function by promoting efficient digestion, optimal gut immune responses, minimal inflammation, and the absence of disease. Currently, colorectal cancer is the 4th most common type of cancer, contributing to 53% of all gastrointestinal cancers (7), and happens to be a cancer for which my husband operates on routinely. Both epidemiological studies and prospective studies have shown an inverse association between whole grain consumption and the risk of colon cancer.

Although the starch in whole grains is often viewed as “bad” and pro-inflammatory, the reality is a portion of the starch in whole grains is not even digested your body resists the calories, hence the term “resistant starch.” Studies show a diet rich in resistant starch helps control blood sugar levels and reduce fat storage after meals as well as help you feel more full, so you eat less. (8) If you replaced the same number of meat and dairy calories with resistant-starch-rich whole grain calories, you would lose weight because not all of the whole grain calories would be digested or usable by your body. As discussed earlier, if you lose weight, you further decrease inflammation. Additionally, the  resistant starch present in whole grains has been shown to play an important role in increasing beneficial bacteria and decreasing pathogens as well as decreasing the production of toxic metabolites (9). Along with the resistant starch, oligosaccharides present in whole grains selectively increase beneficial bacteria in the gut, mainly bifidobacteria and lactobacilli.

Beyond gut health, whole-grain consumption has also been linked with fewer deaths from an inflammation-related condition. Compared with women who rarely or never ate whole-grain foods, studies have shown those who had at least two or more servings a day were 30 percent less likely to have died from an inflammatory disease (10)

Whole grain consumption has also been linked to reduced levels of C-reactive protein (an important inflammation marker) in a number of studies. A randomized controlled crossover trial with 44 overweight or obese adolescent girls was done in order to gauge the impact of whole grain consumption on markers of systemic inflammation. After a two-week run-in period, half the girls ate a diet where at least half their grains were whole grains, while the others avoided whole grains entirely in favor of refined grains. After six weeks, both groups observed a four-week washout period, then the groups switched. When the girls ate whole grains, C-reactive protein reduced by an average of 21.8%; when they ate refined grains, CRP went up about 12.1%. Other inflammation markers were also significantly reduced during the whole grain period (11). Another study found women who ate even small amounts of whole grains—up to one serving a day–had, on average, 11.5% lower concentrations of CRP in their blood. Women eating a full serving (16 grams of a 100% whole grain food, in this study) or more of whole grain had, on average, 12.3% lower CRP levels (12). Epidemiological studies also provide support for an association between diets high in whole grains and lower C-reactive protein (CRP) concentrations. After adjusting for other dietary factors, each serving of whole grains is estimated to reduce CRP concentrations by approximately 7% (13).

When it comes to determining whether an individuals diet is healthy or not, one must always look at the overall dietary pattern as a whole, rather than to focus on isolating individual components. For example, I consider myself an overall clean eater, but I do still eat a bit of cheese and I do still indulge in dessert—yet still, I manage to maintain healthy weight, I have favorable low blood pressure, my triglycerides are low, my CRP levels are low, my cholesterol is within a healthy range (and more importantly, my “good” HDL is favorably high.)

The point is, my overall diet is clearly working and is clearly managing to keep my inflammatory markers in check. However, I cannot attribute my good health to any one single thing I eat or do—it is the combination of everything that gets results. The same logic can be applied to whole grains. I cannot say with certainty whether it is the micronutrients such as folate and vitamin B-6, the polyphenols and antioxidant compounds, the phytonutrients, the probiotics or the fiber in whole grains that reduce oxidative stress and decrease inflammation. In all likelihood, it is the unique combination of all of these factors working synergistically that make the consumption of whole grains desirable as part of any healthy lifestyle, including one intended to decrease inflammation. In other words, it is the sum of the part of whole grains that promote good health.