Ivy's Blog / How To Be Happy: The #1 Biggest Secret

How to Be Happy?

Have you ever been in a funk and Googled how to improve your mood? Or have you ever thought if you could just achieve or acquire X, Y or Z that then you could be happy?

Have you ever wondered how some people have what appear to be terrible situations, yet seem completely resilient? Not letting life get them down.

Or what about the people who seemingly have it all but are clearly miserable and downright depressed?

It makes you wonder if being happy is a state of mind? Or maybe it is all genetic? Is there some sort of secret for how to be happy? Do all the optimistic and always-smiling people of the world seem to know about something that you don’t? And, is being happy even important?

The Pursuit of Happiness

To some, the pursuit of happiness might seem a bit selfish or self-absorbed. But when you consider depression is the number one leading cause of disability worldwide and is a major contributor to the overall global burden of disease, the idea of figuring out how to be happy starts to seem like more of a pressing matter.

Globally, an estimated 350 million people of all ages suffer from depression. A mood disorder that causes a persistent feeling of sadness and loss of interest. Depression is a very real and incredibly serious medical problem. At its worst, depression can lead to suicide. The second leading cause of death in 15 to 29 year olds. Over 800,000 people world wide die due to suicide every year.

Supposedly we have highly effective medical treatments for depression. There is no doubt more people today are being treated for the disorder than ever before. But not many psychiatrists are talking about the elephant in the room. If our advanced medical treatments for depression really do work like we are told they do, then why are so many people still unhappy and depressed?

In the New York Times Bestselling book, A Mind of Your Own: The Truth About Depression and How Women Can Heal Their Bodies to Reclaim Their Lives, Kelly Brogan, M.D. talks about what many other psychiatrists are hiding under the rug (or maybe they just don’t know about?) In her book, Dr. Brogan reveals some pretty startling (and depressing) statistics. I have listed only but a small handful of these statistics below…

To me, these statistics raise a great BIG red flag. What is going on here?

How to Be Happy?

Finding happiness, or at least the absence of depression, is clearly something we have not seemed to nail down in modern society.

Twenty-first century medical care is better than ever. We can clone animals, create babies through in-vitro fertilization or give someone a new heart. However, we can’t figure out how to be happy or how to treat depression, the number one cause of disability in the world?

Here’s the deal: If you live long enough it is inevitable you will face sorrow and sadness. I just turned 40 and I have definitely gone through my fair share of ups and downs. But there have been times in my life when I have been able to deal with some pretty tough situations much better than at other times. I’ve always been the same person, but my mental resiliency has most definitely not always been the same. This is something I have known about myself for a very long time. I just did not understand it and was not able to connect the dots until I was introduced to the work of Kelly Brogan, M.D.

How to Be Happy: Happiness Requires Resilience

If you have read any of my books or know my personal story, you know about my medical problems, including my diagnosis with multiple sclerosis (MS) in 1998 and the hip problems and hip surgeries. Unless you are a very close friend of mine, you don’t know about the terrible depression I had following the 2nd hip surgery.

I am the same person I have always been. After the 2nd hip surgery though, I simply did not have the mental resiliency to get through the 6 month post-surgical period and the complications I had from the surgery. The terrible and ongoing pain, not being able to walk, etc. I don’t think I would have gotten through that time in my life if it were not for my incredibly supportive husband.

After reading Dr. Brogan’s book cover to cover, I decided to make the video below. I believe what I have learned from her will prevent me from having to go through such a terrible low ever again. If I am lucky enough to live a long life, I know I will face sorrow, sadness and hard times again. However, I think Dr. Brogan has given me the tools I need to face those inevitable hard times with resiliency. I also believe her work can revolutionize psychiatry. And I believe if you are someone who has suffered from depression, Dr. Brogan’s book can change your life. It could even save it.

The #1 Biggest Secret to Happiness… 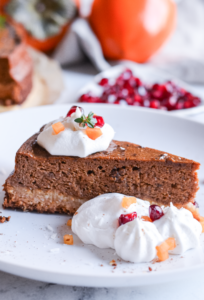 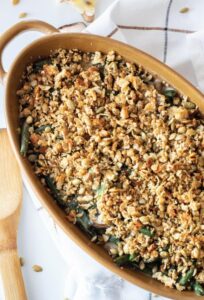 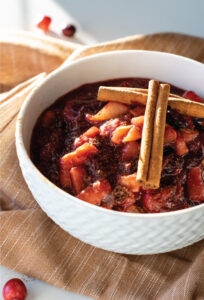