I have a big thing for any kind of apple dessert, but a French Apple Tart just might be my all time favorite. What is a French Apple Tart? It’s kind of like what you might imagine a fancy restaurant’s version of apple pie to be. Except the top of the pie crust is missing. 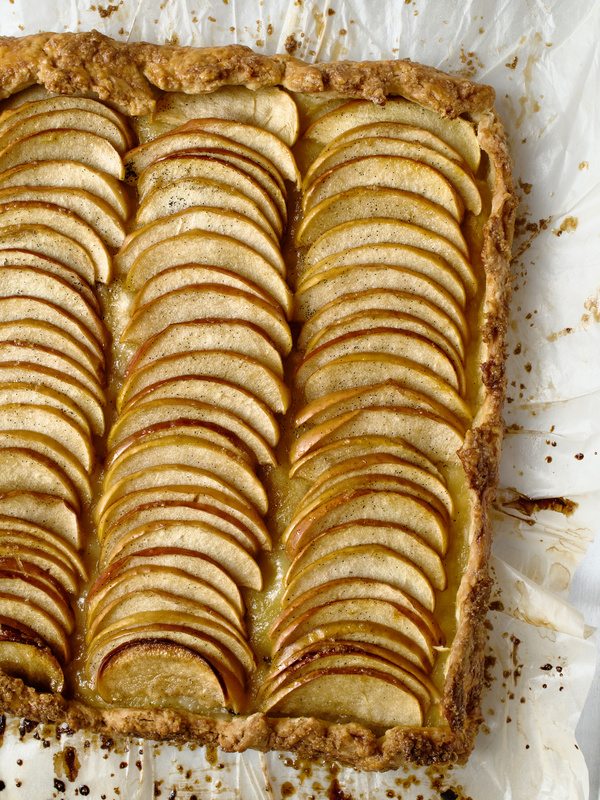 I grew up eating deep dish style Apple Pie baked in a cast iron skillet (with crust on top!) but I had my first French Apple Tart in 7th grade when I went to Europe with my parents. Maybe I had eaten one before in the States, but it certainly wasn’t memorable like the European version (food always tastes better in Europe, sigh…)

Anyway, for year and years I wanted to learn how to make a real French Apple Tart. Intimidation is what held me back. That and butter…. 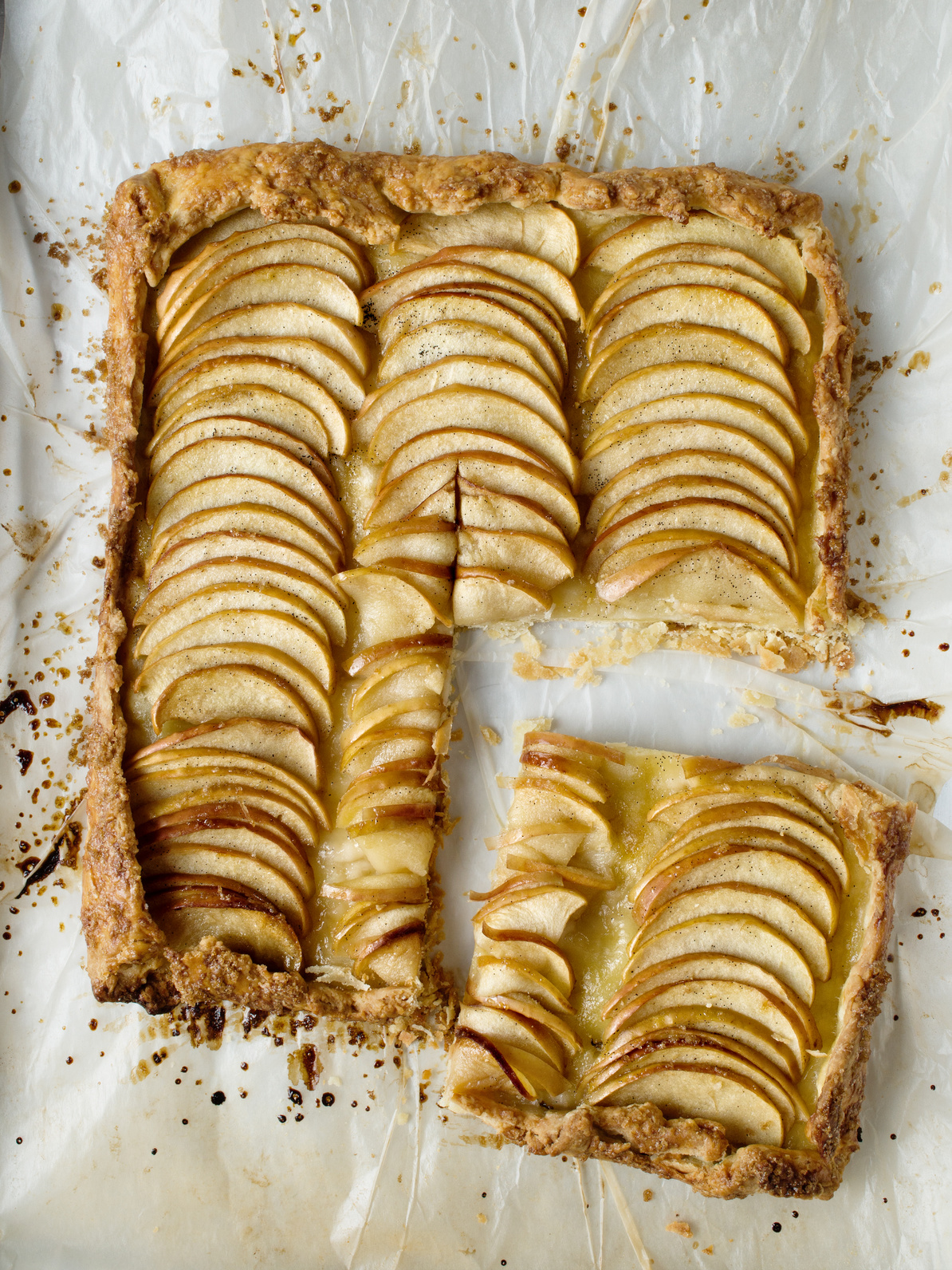 How to Make a French Apple Tart (Minus the Butter) 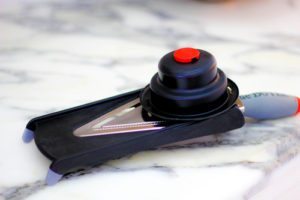 Although it may seem or even look more complicated than apple pie, making a French Apple Tart is actually much easier. First of all, you don’t have to bother with trying to make a pretty looking pie crust topping. All you really need to do is shape out a rustic rectangular pie crust-like bottom and top it with paper thin apple slices. You’ll need to use a mandolin (see photo left) to get the apples super thin, by the way. Slicing the apples with a mandolin rather than chopping them is not just easy as pie, it’s MUCH easier!

As far as the butter goes…you don’t need it. Turns out extra virgin coconut oil makes the perfect crust for the tart bottom. 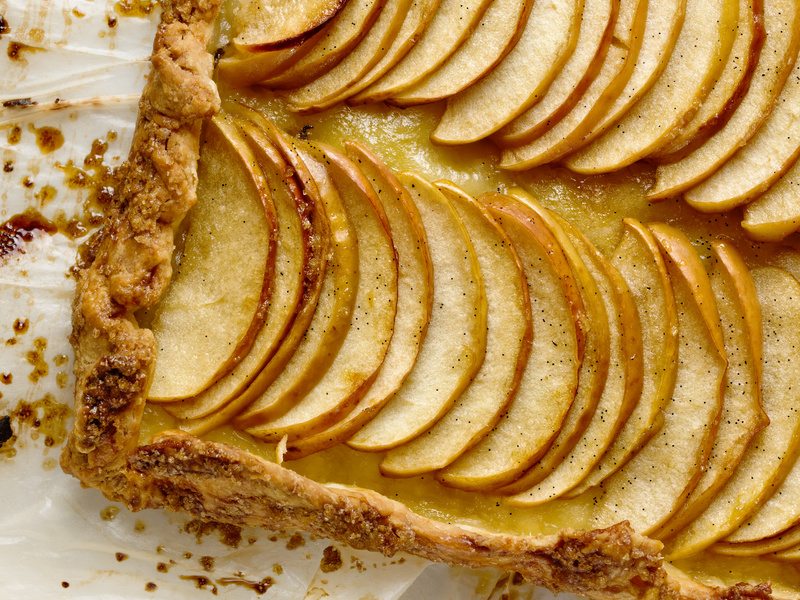 How to Make a French Apple Tart —Clean Cuisine 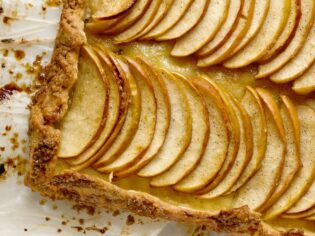 How to make a French Apple Tart without butter, refined flour or refined sugar.