Ivy's Blog / ‘First Bite: How We Learn to Eat’ and Why It Matters 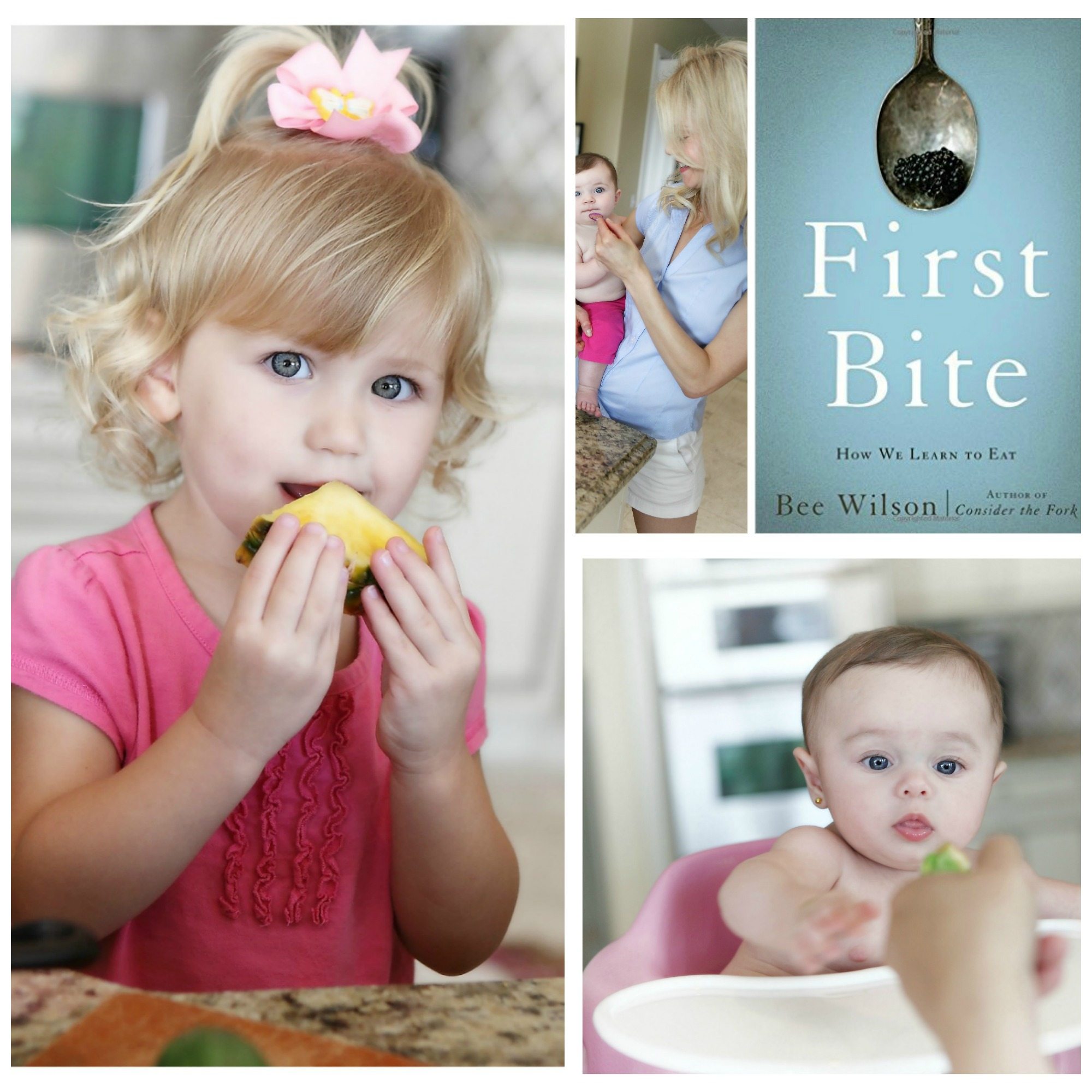 If you are trying to get your child to eat clean and also have a healthy relationship with food, I highly recommend the book, First Bite: How We Learn to Eat (Basic Books, 2015). Based on my own personal experience, I firmly believe children can be raised to not only eat the healthy food served to them, but to also love every bite. But that doesn’t necessarily mean doing so will be easy peasy or obstacle free either…

Written by award-winning food writer author Bee Wilson, First Bite examines the latest research from food psychologists, neuroscientists, and nutritionists to reveal how our food habits and food preferences are formed and…most importantly, how they can be changed.

There is no doubt that food preferences are complex. But the truth is, “Genes are never the final reason for why you like the particular range of foods you do,” writes Wilson. “When a boy likes nothing but cornflakes, it says less about him than it does about the world he lives in.”

Whenever I hear a parent tell me that their child refuses to eat any fruit or vegetable whatsoever I can’t help but cringe. It is entirely reasonable for a child to not like certain fruits or vegetables (I myself loathe slimy okra!), but for a child to not like any fruit or vegetable!? I think that is a big problem. Such a problem that I actually had started writing a children’s nutrition/cookbook several years ago before I started the Clean Cuisine website, which is how I happen to have all of these photos of my friend’s beautiful children! My whole idea for the book was to make clean eating fun and delicious for kids. The book had one central message: delicious food and clean food were in fact one and the same. The book is 75% written so one day I will have to actually finish it…

‘First Bite: How We Learn to Eat’ and Why Our Son Asks for Salad 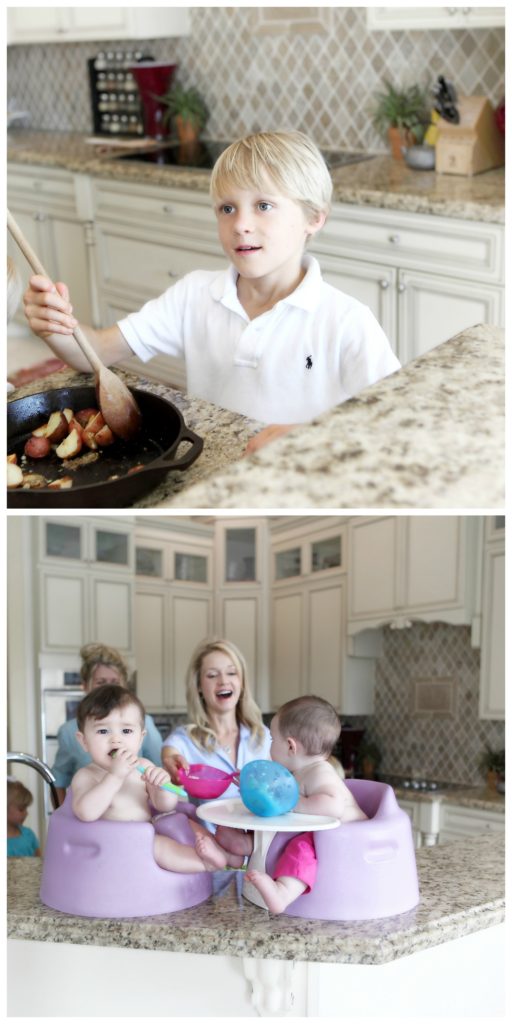 Anyway, as many of you may know, our son, Blake, who was about 8-years old when the photo to the left was taken, is an unusually healthy eater for a kid. In fact, he eats far cleaner than the vast majority of adults! Blake is almost 15-years old now and his food preferences have always been based on the unrefined, whole foods he was raised on….his first bites.

When he was 8-years old Blake had his first Caesar Salad and shocked the entire staff at Cafe Martinique when he not only polished off the whole thing, but promptly ordered a second serving. If we go out to dinner, he asks for extra vegetables. And no, I don’t have to urge him to do so. If he is hungry for a snack, Blake often cuts up an apple and spreads it with peanut butter. He also loves to snack on sardines with sprouted whole grain toast or thawed frozen mixed vegetables. He thinks nothing of grabbing a raw carrot from the fridge and munching away. When we go to Chipotle, the servers always raise an eyebrow when he orders a salad bowl with brown rice instead of white, extra black beans, fajita vegetables, salsa, corn, grass fed steak and extra guacamole.

Yes, our son eats very different than most kids, but this all just comes as second nature. He was raised on whole foods and those are the foods he naturally prefers. 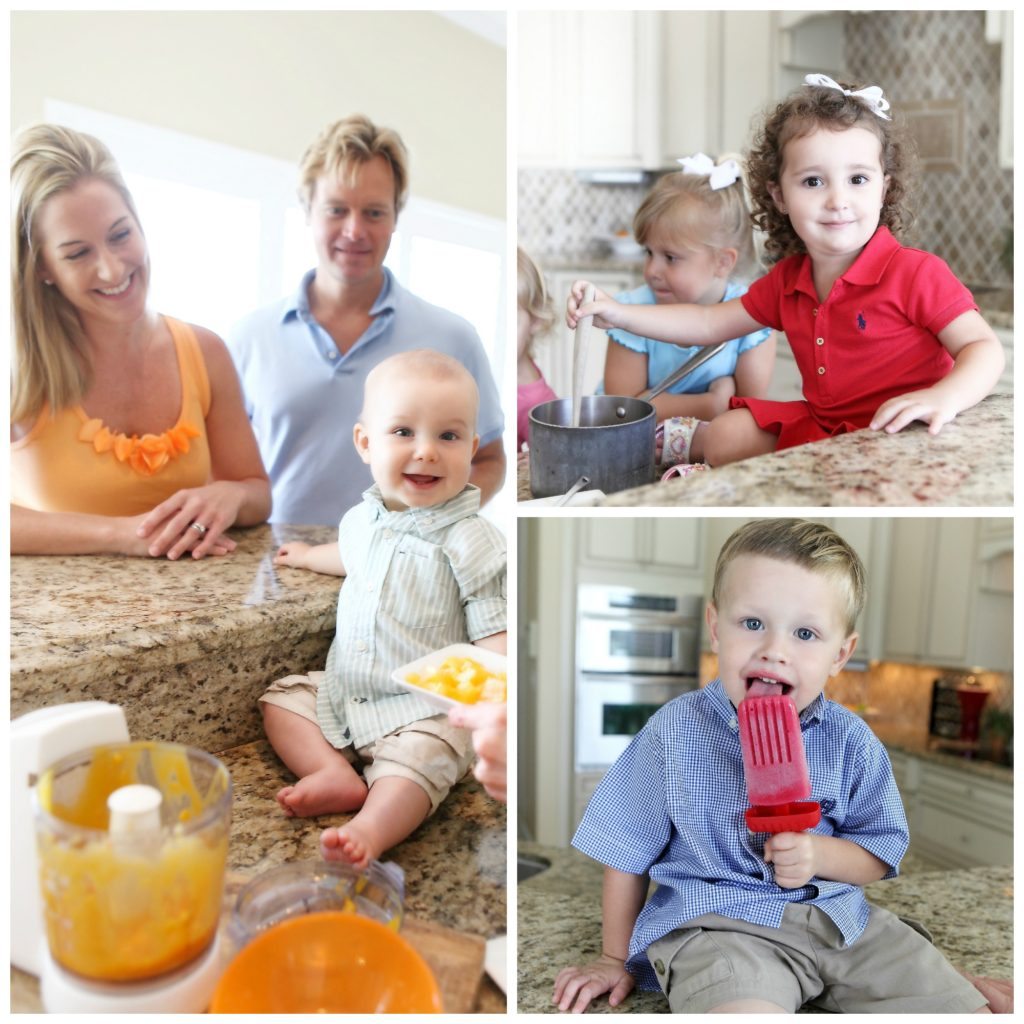 Why would any mom in their right mind encourage their child to eat junk food? The simple explanation is that for a short period when he was around 7-years old or so, Blake started to show behavior that made me worry he might be taking clean eating to extremes. It was my mom who first brought to my attention her concern that Blake might be purposely limiting some of his food choices at her house. She said he seemed overly worried about making sure the ingredients she was using to make dinner were 100% clean. At first I couldn’t help but be defensive. However, after I really tuned in, it didn’t take too long before I became concerned. Always the smallest child in his class, not only could Blake not afford to limit his food choices, I couldn’t help but worry that his concern over clean eating could morph into a psychological burden if I did not quickly intervene.

Because of my own health issues, I was eating clean several years before Blake was even born and from the time he was weaned he was fed a clean, whole foods diet. Not surprisingly, and like the First Bite title suggests, Blake still prefers the food he grew up eating. I only brought in the “real deal” ice cream, cookies and pizza to offset any extreme clean eating message I may have unintentionally been sending him.

Luckily, I brought in the ice cream, cookies and pizza before Blake developed a disordered eating pattern. He now eats those foods in moderation and, most importantly, he doesn’t feel guilty about doing so. But as Wilson points out in First Bite, environment plays a huge role in shaping our relationship with food. In the book, Wilson examines the consequences of what happens when we become “disconnected from internal signals about when, what, and how much to eat.” As a surgeon who sub-specializes in bariatric surgery, my husband sees the devastating and life-destroying complications of this aftermath on a daily basis. It is not good.

In First Bite, Wilson not only provides evidence that our eating preferences are learned, but also offers insight as to how eating disorders can develop. When I was in high school in the early 90’s, anorexia and bulimia were the only two eating disorders I had ever heard about. But in recent years food has become such a complicated issue and complex topic that new eating disorders, such as Orthorexia, have become increasingly prevalent. Orthorexia is defined by a preoccupation with healthy eating (I did a video discussing my thoughts on orthorexia and how clean eating can go awry here.) 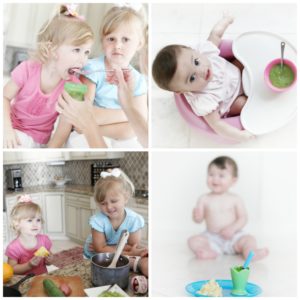 But the point to all of this is that as parents we have tremendous influence over our children’s food preferences as well as their relationship with food. I know I am biased here, but I can’t emphasize enough the importance of this role. And if you have an older child, don’t panic, there is still hope! There is even hope for adults. In fact, author Bee Wilson shares her own personal struggles with her relationship to food and makes it clear that we all have the power to change. We can change both our eating habits and our relationship to food, regardless of how old we are.

First Bite has such an important message. And in my opinion, is a must-read for parents as well as anyone else who eats.

A BIG Thank You to my girlfriends Carla Canedo Cartier, Courtney Klahre Scianandre, Staci Price, Kimberley Dillon Stauder, Kim Smith-Legienza, Cherie Fromson for letting their beautiful children participate in the photo shoot! And to my talented mom, Gail Ingram who did the food styling, props, etc. And of course to our amazingly patient photographer, John Chutter! XOXO 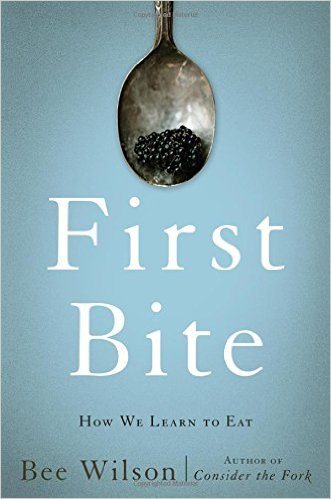 P.S. Check Out Some of Our Son’s Favorite Foods…

If you are trying to introduce clean eating to your child, check out some of these kid-approved Clean Cuisine recipes.