Recipes / Soups, Chilis and Stews / Chilis / Crock Pot Chili Recipe Has LOTS of Flavor
If you do not yet have a go-to Crock Pot Chili Recipe, this could very well be the one… Although it does have beer as an ingredient, the chili does not taste like beer: That’s the first thing to know about it. And because the alcohol in the beer cooks off, this is a Crock Pot Chili Recipe that is also 100% safe to feed to the kids. So yes, a Chili with beer can definitely a family-friendly dinner option. 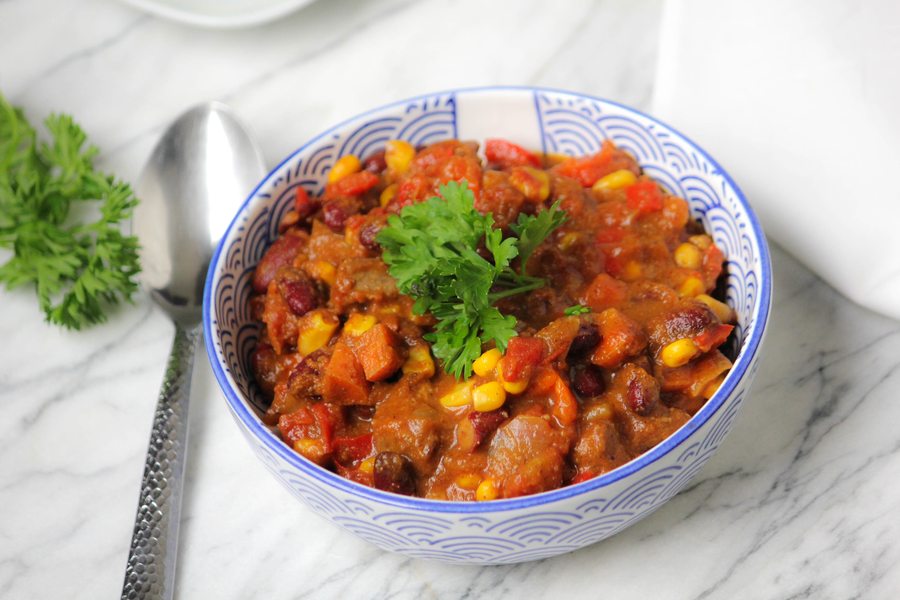 With chipotle peppers (I remove the seeds to get rid of the spiciness), cinnamon, cumin, chili powder and oregano, this is a chili that calls for a rather full-bodied and robust beer. Since I am not a big beer drinker, I consulted the Splendid Table for the 7 flavor categories of beer  to determine which beer might be the best match for my Crock Pot Chili Recipe. 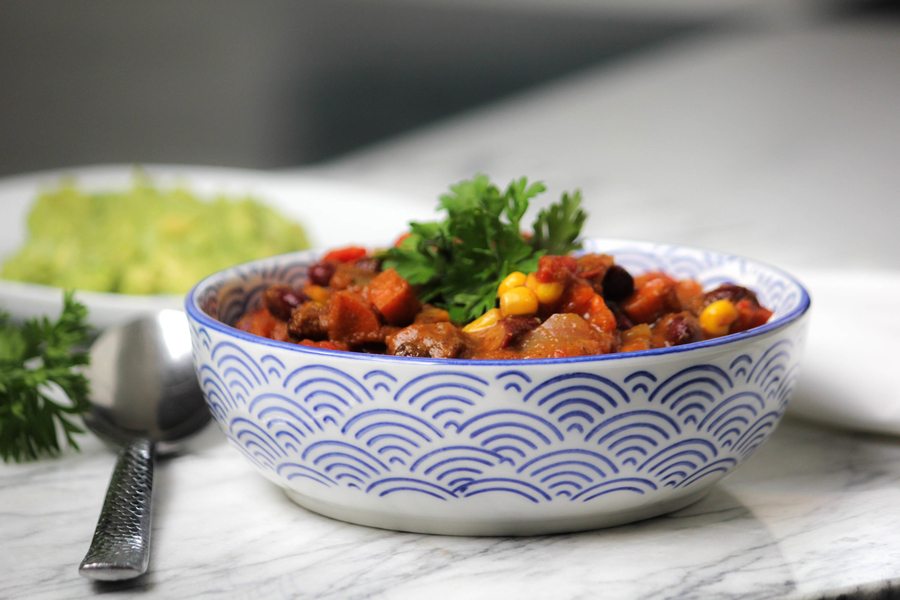 I decided to go with a “roast” flavor profile and a dark and dry brew with a rich mouthfeel. I was not disappointed. I used good old Samuel Adams Cream Stout, a rich and creamy American Stout full of deep roasted character. But if you don’t want to use Samuel Adams, according to the Splendid Table, any of the other beer options listed below would work very well for delivering the desired “roast” flavor: 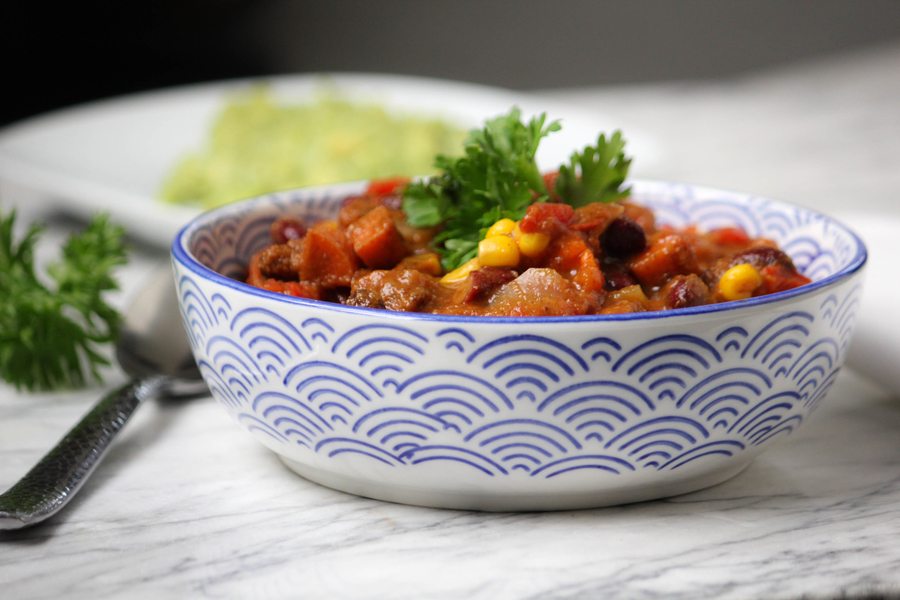 The Crock Pot Chili Recipe is really a full meal in and of itself, but I always like to add a side of guacamole and a large green salad to round the whole thing off. If you want to stretch the chili out a bit, you can always serve it over steamed sprouted short grain brown rice too. Short grain rice seems to work best with chili, by the way. As for the sprouting, I always try to buy all of my whole grains sprouted if possible simply because sprouting releases all the vital nutrients stored within the whole grains and also makes them easier to digest (note: Lundberg is the sprouted short grain brown rice brand I buy.) Ok, on with the recipe… 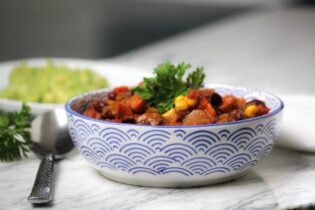 If you liked the Crock Pot Chili recipe, be sure to check out a full month’s menu of delicious healthy dinner recipes (including weekly shopping lists!) in our Clean Cuisine Dinners digital cookbook.
5 shares
« Previous Post
Fluoride is a Neurotoxin That Disrupts Normal Brain Function
Next Post »
Blueberry and Chocolate Biscotti