Ok, I’m not going to stretch the truth here and try to convince you that making BBQ Pizza from scratch—sauce, crust and all–is a speedy quick dinner idea, because it really is not. But, as far as culinary skills go, making pizza from scratch is actually very easy. A wee bit time consuming, but easy. There are however a few short cuts and do-ahead strategies that can make the whole thing even easier, not to mention speedier too. And let me tell you, it is all SO well worth it in the end. Nothing beats homemade BBQ pizza! 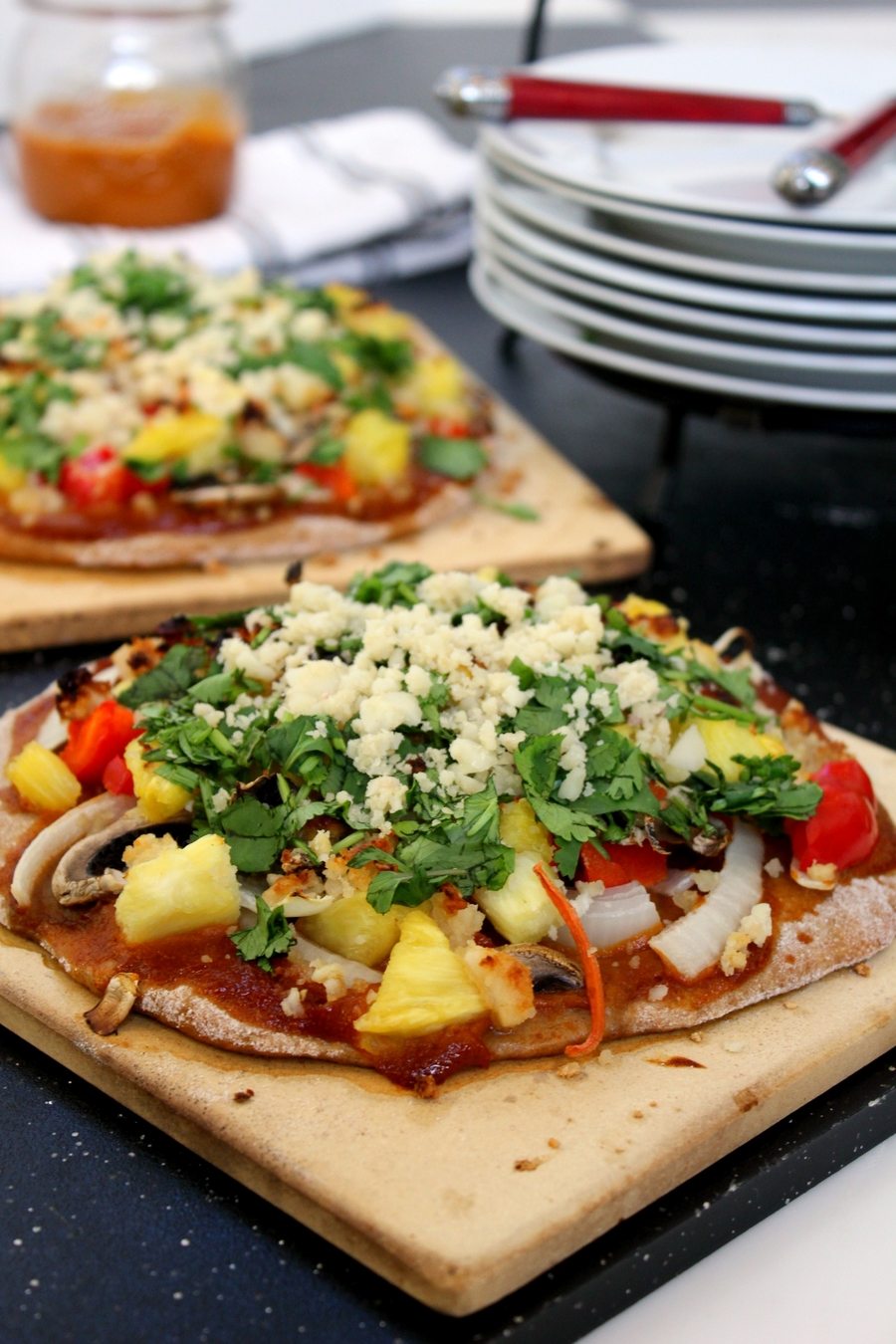 The whole idea for making a clean BBQ Pizza was sparked by just a few bites of my son’s BBQ Chicken Pizza from California Pizza Kitchen. The CPK version had everything going on from taste to texture and a bounty of BBQ-liciuos toppings. All it took was a few bites to make me realize I must try my own version at home.

Now I realize clean eating and BBQ Pizza might sound like a highly unlikely match, but this recipe is 100% whole grain, the crust is wheat-free, sprouted and spiked with flaxseeds, the cheese is nut-based and dairy-free, the BBQ sauce has no refined sugar and is sweetened with date puree and I have loaded the top with veggies. As far as healthy dinner recipes go, I would say this one is pretty hard to top.

The only downside is that it is not exactly a 30-minute meal. But again, it’s all worth it.

Although you won’t be able to whip the whole thing together in 30-minutes, believe it or not, making BBQ Pizza is doable—and dare I say reasonable— for a Meat Free Monday dinner.

All you have to do is set aside a little time over the weekend and you can get a lot of the prep work out of the way. You can also use the homemade BBQ Sauce and Macadamia “Cheese” for dinner Tuesday and Wednesday too. Here’s the plan:

How I Turn Monday’s BBQ Pizza Night Into 3 Weekday Dinners….

If you follow the cooking steps and stages above you’ll save your sanity and have three nights of delicious dinners on the table for the whole family to enjoy! 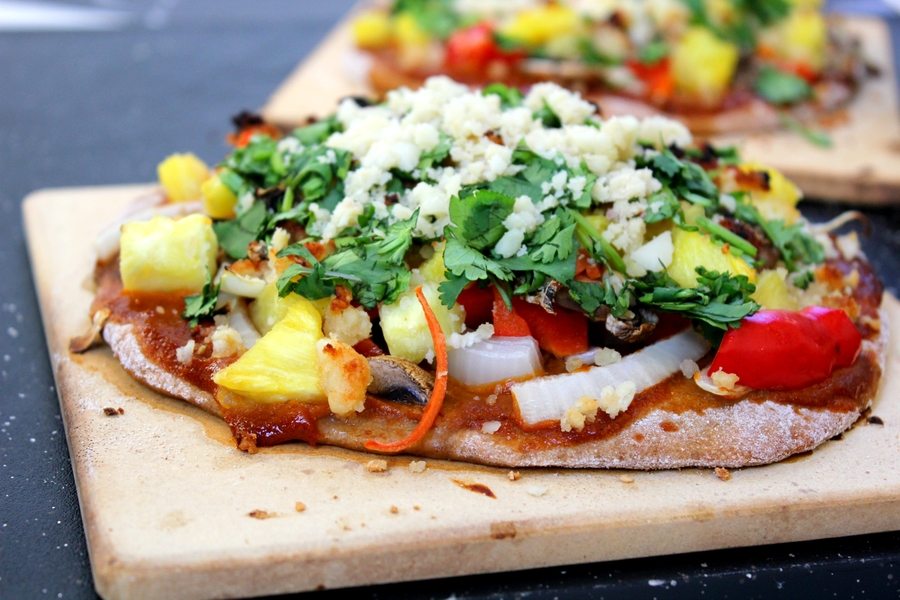 Although you could certainly just make one great big BBQ Pizza pie if you like, in our family we all like to take control of the topping situation, which means personal-sized pizzas are the only way to go.

The easiest way by far to make personal pizza is to buy a set of pizza grill stones. I initially bought mine from Sur La Table for $49.95, but I see now I could have saved $30 if I had bought them on Amazon.

If you don’t have a pizza stone, no worries, you can always just use a standard baking sheet.

Here’s how to make the BBQ Pizza… 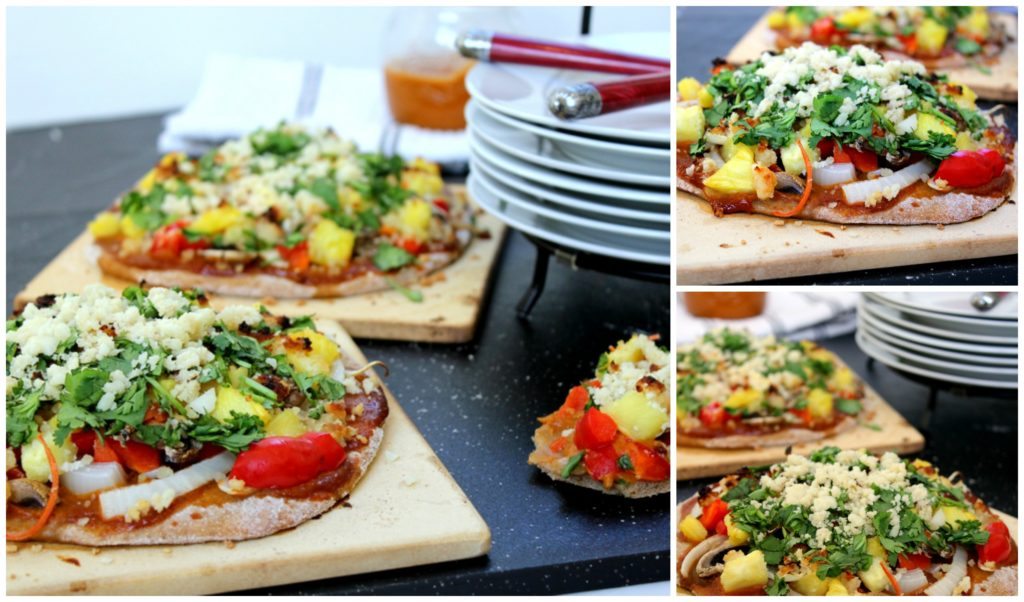 Did You Make the BBQ Pizza?

If you liked the BBQ Pizza, be sure to check out a full month’s menu of delicious healthy dinner recipes (including weekly shopping lists!) in our Clean Cuisine Dinners digital cookbook.