Nutrition Advice / Healthy Protein / What is the best meat? Going beyond organic 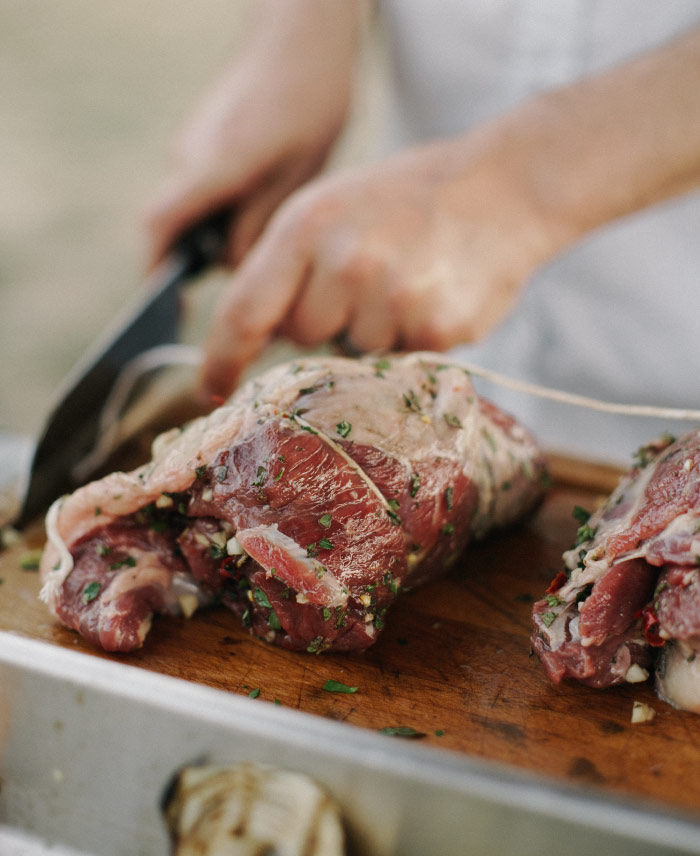 Although we aren’t big meat eaters, we aren’t vegans either. We are more like “less-meatatarians”; the vast majority of our diet consists of unrefined plant foods but we still eat a few select animal foods, mostly wild small fish but also a bit of pastured eggs, beef and chicken.

We almost always eat meat as more of a condiment than the main attraction. For example, even in the burger recipe section of our Clean Cuisine book the non-vegan burgers included are still not 100% all-meat because I always dilute the meat with veggies, mushrooms, tabouleh, etc. You can check out our Clean Cuisine food pyramid HERE to get a better idea of our dietary plant to animal ratio.

Also, do keep in mind that the two diets most associated with longevity and reduced cardiac morbidity are the traditional Japanese diet and the Mediterranean diet, both of which are noted for incorporating only small amounts of animal foods (including fish) and for having a balanced omega-3 to omega-6 fat ratio—more on that in a bit, plus plenty of vegetables and minimal amounts of refined foods.

Conventional Meat is Not “Clean”

The USDA estimates the average American eats a whopping 67 pounds of beef per year. That’s a lot of beef people! And between those burger buns lies meat from cows that are more likely than not raised in a very unhealthy, unclean manner. The vast majority of conventional American beef and dairy cows are raised on Concentrated Animal Feeding Operations (CAFO’s) with the goal to produce more meat (or milk) in less time. What we end up with is quantity but not quality. Not only are CAFO’s filthy, the animals are not healthy.

What is the Best Meat to Buy? Going Beyond Organic….

You simply can’t separate the health of the animal you eat from your own health.

It’s important to understand modern conventional farming is designed to grow and fatten animals at an unnaturally rapid rate; the animals eat a calorie-rich, grain-based diet rather than the nutrient-rich, grass-based diet they would naturally consume in the wild. Cows are ruminants, meaning their digestive systems are designed for eating grasses. Inappropriately feeding animals a deviant diet of dry grain is a direct contributor to those animals developing pathogens such as E. coli (in cattle) and salmonella (in poultry). Did you know that mad cow disease is unknown among cattle fed entirely on pasture and hay? When cows eat the foods nature intended the cows to eat, they are healthier. You simply can’t separate the health of the animal you eat from your own health.

In addition, when factory-farmed cows eat grains, they aren’t as healthy as they would otherwise be, and unhealthy cows get sick (and need anti¬biotics). So, even if ranchers feed cows organic grain, that doesn’t mean grain per se is optimal for cow health. Ultimately, grain-fed beef is not desirable for you either. The same logic applies to sugar; if push comes to shove, we suppose it’s better to eat organic sugar over conventional sugar, but eating organic-stamped sugar cubes will never be what the doctor ordered for optimal health.

Grain-fed animals and the milk from grain-fed animals are less nutritious than grass-fed, pastured animals. For example, compared with grass-fed meat, grain-fed meat has only one quarter as much vitamin E and one eighth as much beta-carotene. And because the composition of the fats present in eggs, chicken, meat, and dairy directly reflects the foods the animals consume, animals raised on conventional, commercial grain feeds (even organic grain feed) have less than desirable fat profiles.

Conventionally raised animals fed grain-based diets have far more pro-inflammatory omega-6 fat and much less anti-inflammatory omega-3 fat. The balance between these two types of fat is essential to our overall health. And as we discussed in our Clean Cuisine book, most people eating a modern-day diet already consume far too many omega-6 fats and far too few omega-3 fats. Too much omega-6 fat and not enough omega-3 fat can disrupt the body’s immune system, exacerbate inflammatory conditions such as asthma and allergies, decrease the body’s sensitivity to insulin and increase the risk of type 2 diabetes, and even contribute to obesity and heart disease. Eating conventionally raised animals containing high amounts of omega-6 fat is one of the major contributing factors as to why our omega fat ratio is so out of whack. The fat in grass-fed/ pastured animals is much closer to a healthy balance.

Keep in mind, it really doesn’t matter whether the animal is fed ordinary grain, genetically modified grain, or organic grain. Feeding large amounts of any type of grain to a grazing animal will negatively affect the quality of the animal’s meat and milk. So, while organic meat may be free of unwanted toxins, it is still nutritionally inferior to grass-fed/ pastured meat.

What is the Best Meat? The Bottom Line

The absolute very best meat would be both organic and pastured/ grass-fed. But, if you have to choose between one or the other, which you usually do, then it is best to choose pastured / grass-fed. 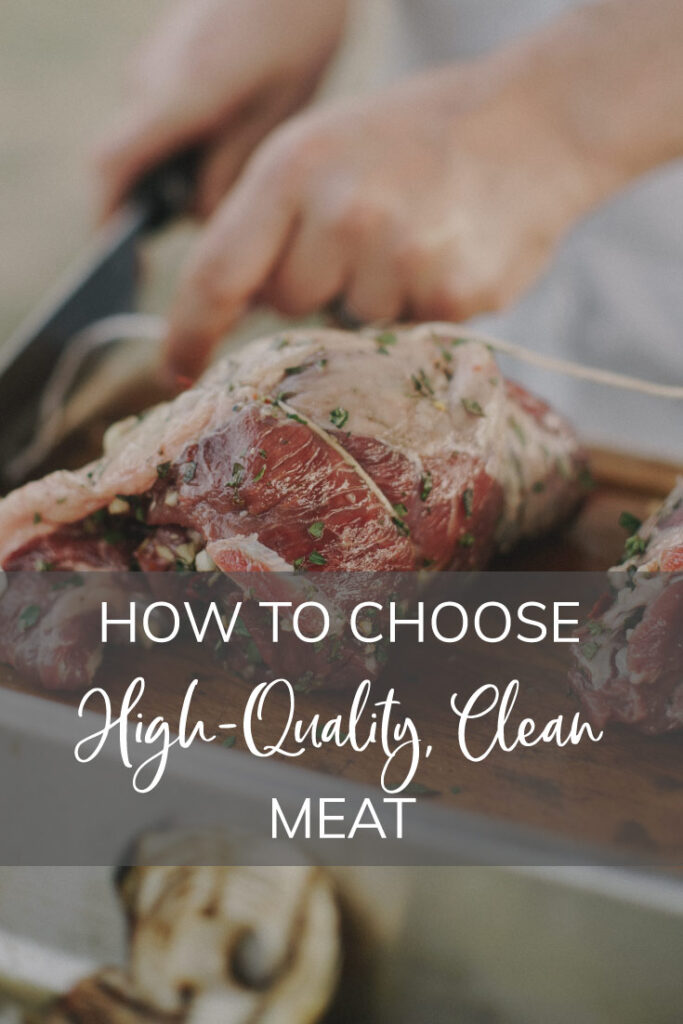