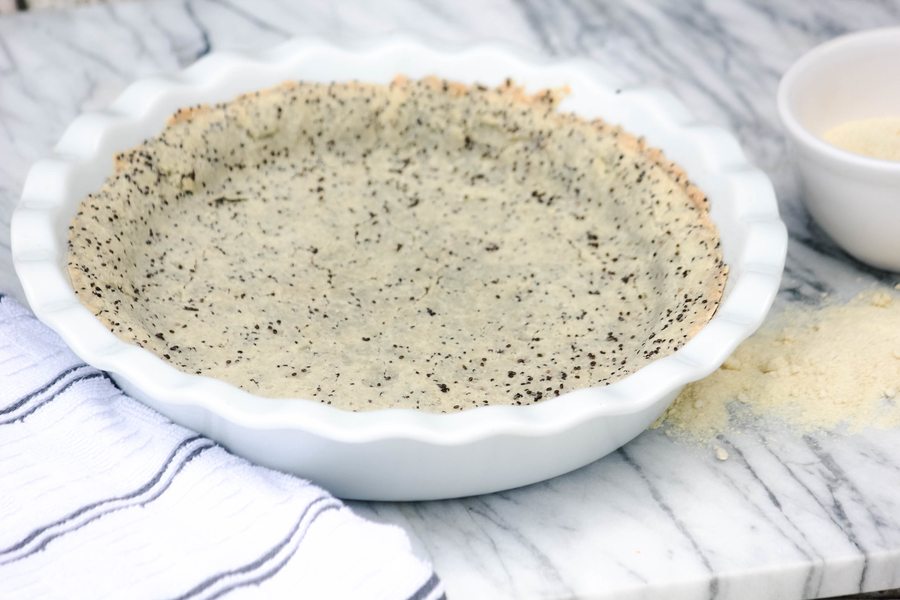 The crust is made with almond flour and two different whole grain flours; brown rice flour and millet flour. I even managed to sneak in a full 1/4 cup of chia seeds. Not only do the chia seeds boost omega-3’s, fiber and overall nutrition, they serve a culinary purpose too because they help the crust bind together.

It is also good to know that the crust can be prepared one hour ahead, or the day before.

Also, ideally your gluten free pie crust recipe would be baked in a 9-inch fluted tart pan with a removable bottom (I prefer the French-made Gobble tinned-steel tart pan), as this will make cutting the quiche super clean and easy. However, if you do not have a tart pan then a standard 9-inch pie dish will work fine.

And, if you need a good quiche recipe to fill your savory crust, check out my recipe Dairy Free Quiche with Spinach and Artichoke.