For years now I have been saying I should add a homemade pasta recipe to my culinary repertoire. However, I didn’t own a pasta maker and to be honest, the whole idea of making homemade pasta seemed a tad bit overwhelming. But it was over breakfast a few weeks ago that I finally realized making pasta from scratch might actually be doable…

It was over a rather ho-hum and uninspiring weekend breakfast of oatmeal, fruit and chia seeds a few weeks ago that I casually mentioned to my husband and son that I should make something “exciting” for dinner. Our son, Blake, immediately contributed to the conversation by saying that I should stop talking about making homemade pasta and actually make it.  To circumvent any resistance on my part, Blake quickly did an iPad Google search and stumbled on the video below (scroll down) demonstrating how the Atlas Marcato 150 Italian-made pasta maker proves making pasta from scratch is easy as pie.

Not only did the video appear to make homemade pasta seem like something I could actually do, it even looked fun!

My only resistance after watching the video was that I was certain the pasta maker would be pricey. But when I found out the Atlas Marcato only cost $70 on Amazon, I decided it was time to give making homemade pasta a go. Finally.

The Atlas Marcato is Super Easy to Use! 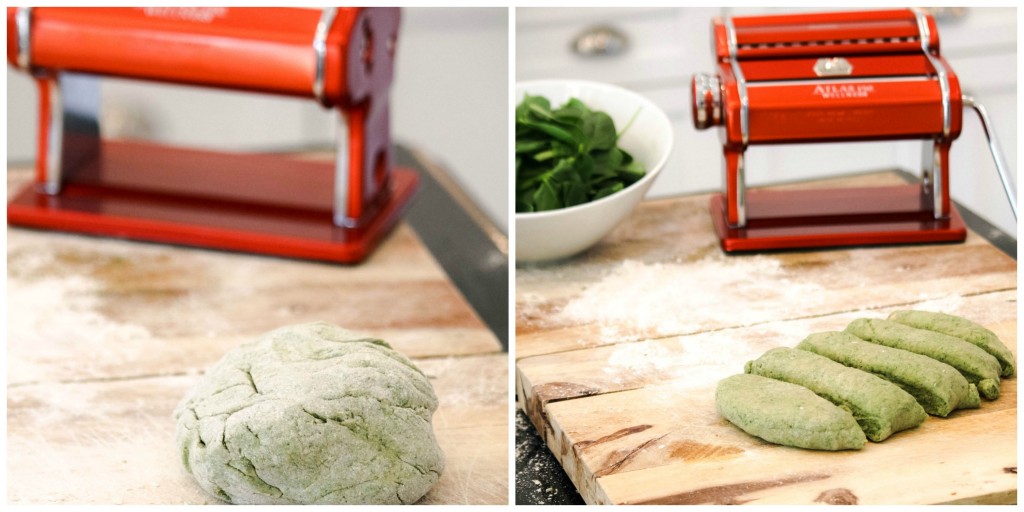 If you don’t already have a pasta maker, the Italian-made Atlas pasta machine is one I would definitely recommend. It’s not the most famous pasta machine in the world for nothing. It’s incredibly well-made and super easy to use and adjust. Just check out the two videos below…

Video #1: This one shows our son cranking the pasta sheets out into perfect fettuccine!

Video #2: This one is the professional video from Marcato Atlas. It shows you step by step exactly what you need to do to make the homemade pasta recipe.

After you have a pasta maker the only other thing you really need to worry about is what type of flour to use.

Protein and gluten are important factors when deciding which flour to use for your homemade pasta recipe. Ideally, you want to look for a flour that has less protein and less gluten. Pastas made with low-protein / low-gluten flours are not only easier to roll out, they also yield a softer pasta that absorbs sauce better.

If you don’t live in Europe and don’t have access to Italy’s 00 or 000 flour, then pastry flour is your best bet. While I am sure regular white pastry flour would make a delectable homemade pasta, I don’t like to use refined foods of any sort and so I opt for whole wheat pastry flour instead. And since I mixed it with the spinach in the recipe below, you can’t even tell the difference. 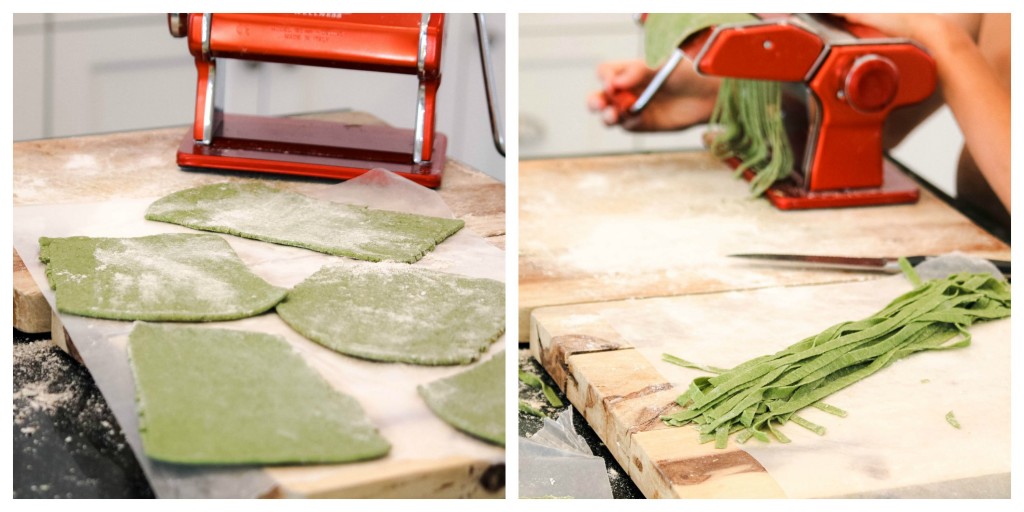 As for what to put on top of your homemade pasta, marinara is always a sure bet. But, if you want something a little heartier, you might want to try a “cream” sauce made from nuts. At the last minute I whipped up the creamy spinach green sauce (in the photo below), made with sautéed onions, garlic, extra virgin olive oil, pine nuts and spinach. Click HERE for the Creamy Spinach Green Sauce Recipe. 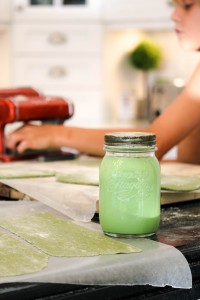 Ok, on with the homemade pasta recipe. Finally 😉