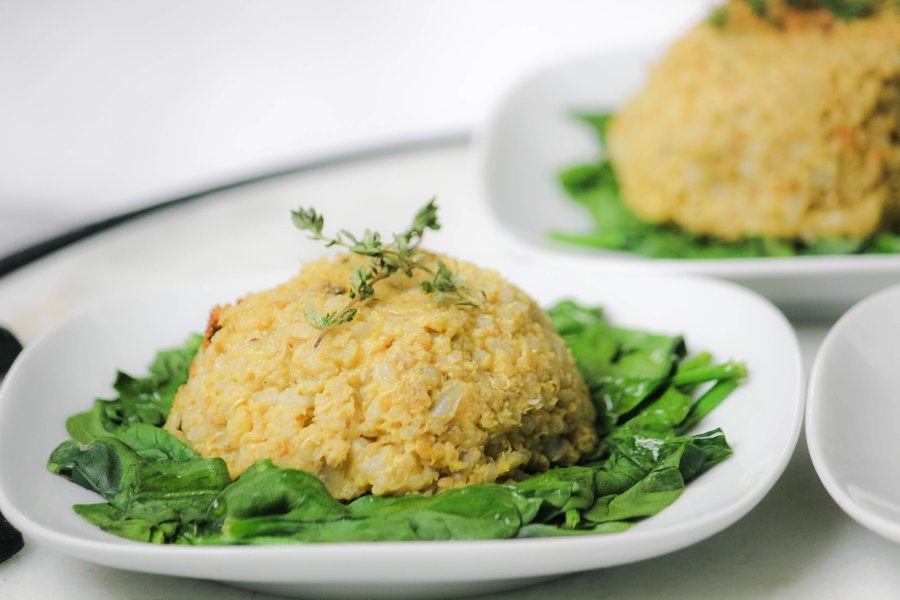 Served as a side dish or entrée, this Asparagus Risotto Recipe is sure to impress…and satisfy. I am almost certain even an Italian nonna would approve! I initially made the recipe for a Meat Free Monday entrée, but it was so unbelievably good that I now plan to serve it as our starch for Christmas Eve dinner. Rich, creamy and decadent, just as any good risotto should be, nobody at the table will ever in a million years be able to tell that this Asparagus Risotto is also 100% whole grain and dairy free. 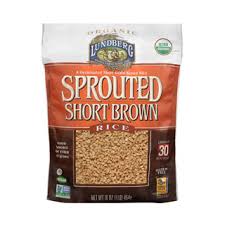 Although you will often hear that you cannot possibly make a good risotto if you don’t use short grain Arboria rice (a refined white rice), that’s just not the case. Arboria rice is used because it readily gives off starch as it is cooked and stirred, which then creates the much-sought- after indulgent creamy base from the stock. However, you can absolutely substitute short grain brown rice for the Arboria rice. The key is that it must be short grain brown rice. Long grain rice just doesn’t work. If you want even better results, I suggest using sprouted short grain brown rice, such as Lundberg brand (see photo above.) Not only will sprouted brown rice cook quicker and taste better, it’s healthier too! Anytime a whole grain is sprouted it becomes easier to digest and the nutritional value and antioxidant content of the grain is enhanced. Although you could easily make the asparagus risotto recipe entirely from the sprouted short grain brown rice, I like to add in a bit of quinoa too. Technically the name risotto means “little rice” in Italian and so the addition of quinoa is definitely not a conventional ingredient in mainstream risotto recipes. I like to add it anyway because it blends right in with rice. And just like with the rice, I like to use sprouted quinoa too (although regular quinoa will also work.) By the way, I have another recipe for a brown rice and quinoa risotto HERE.

Believe it or not, “Asparagus Cream” is what gives the asparagus risotto its decadent, richness without butter or cream. I realize the sound of “asparagus cream” might not sound all that good, but you will truly be amazed at how flavorful and downright delicious it actually is! The “Asparagus Cream” is made by cooking fresh asparagus and garlic slices with vegetable broth and then pureeing everything with raw cashews in a high speed blender (my favorite is Vitamix). You end up with a rich “cream” that is both complex and subtle in flavor all at once. It’s quite amazing really! 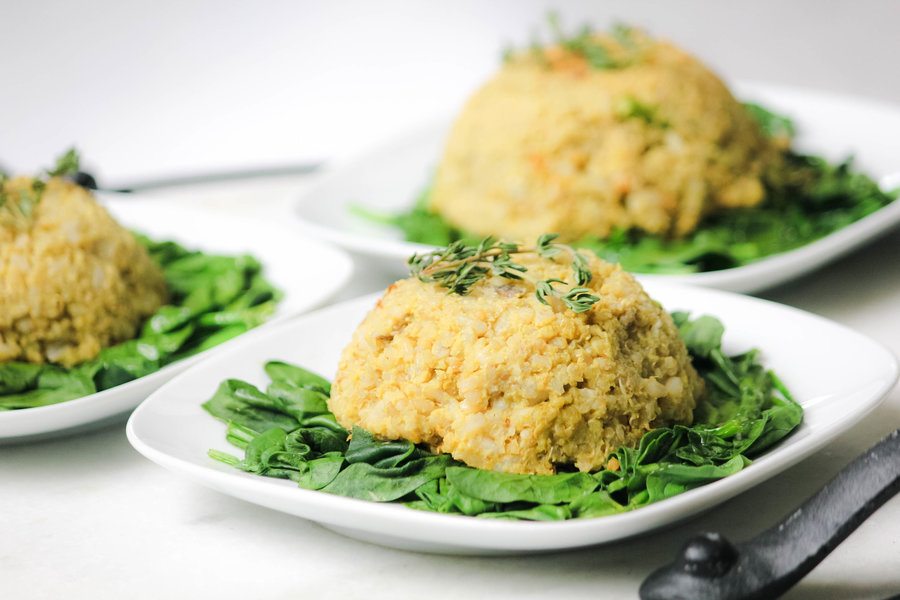 Note: The Asparagus Risotto recipe serves 8 as a side dish or 4 as an entree. If serving it as an entree, I like to add an additional side of steamed asparagus along with a soft boiled egg on top of the risotto. 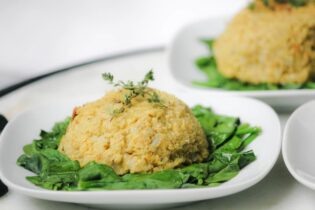 Check out our Clean Cuisine Dinners e-cookbook for a full month of delicious dinners!