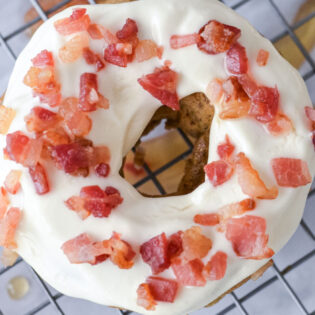 Bacon Maple Donuts are a perfect blend of savory and sweet. This recipe is both dairy free and gluten free plus, naturally sweetened.