A delicious summer salad filled with roasted vegetables and salmon are combined together to create my favorite Chopped Salmon Salad. Of course, I made a perfect Lime Vinaigrette that pairs so nicely with the vegetables. You must try this and let me know what you think. 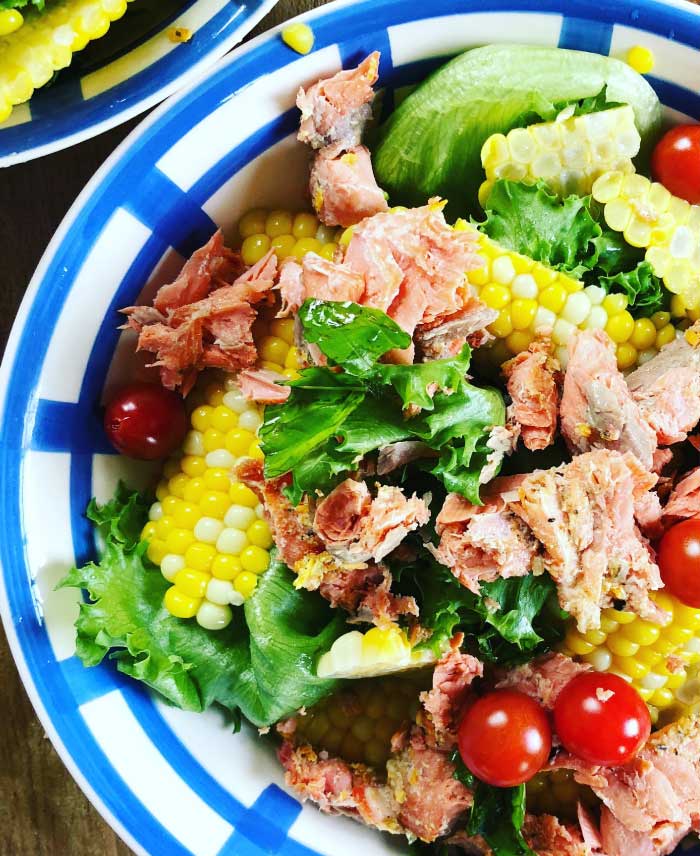 I picked up a copy of Gwyneth Paltrow’s cookbook, My Father’s Daughter, a while back after a friend on Facebook mentioned it had a recipe for Stuffed Artichokes. Sure enough, Gwyneth’s cookbook includes a delicious-looking recipe for stuffed artichokes on page 206. But, I have not yet got around to making the artichokes because I got diverted by the salad on page 92… 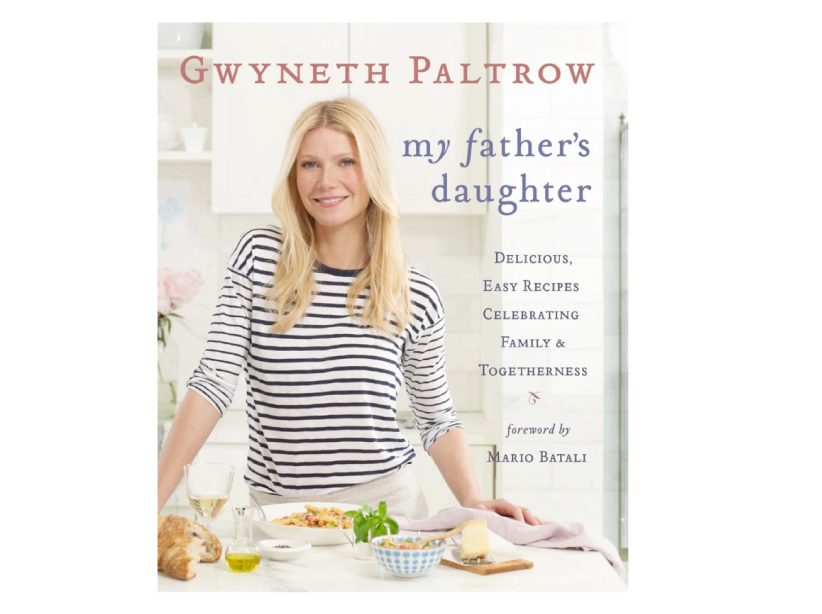 Flipping through Gwyneth’s cookbook in the haphazard way I normally look through cookbooks (middle to front, back to middle, index, middle, and so on), I stumbled across a recipe on page 92 titled “My Ivy Chopped Salad.” Of  course any recipe with my name in it will immediately catch my attention.

According to Gwyneth, “This salad is inspired by the famous grilled vegetable salad at The Ivy Restaurant in LA. This is one of my standby’s—I make it for myself when the kids have gone to bed but it’s equally good at a lunch party.” 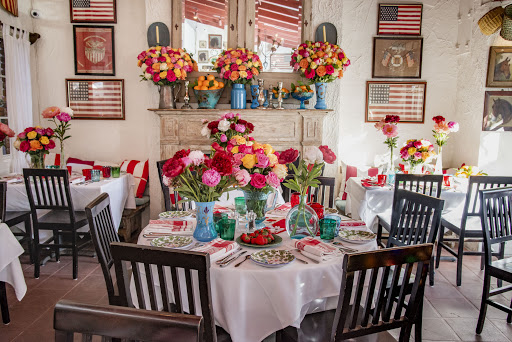 Not Technically a “Health” Cookbook

Although My Father’s Daughter is not technically a “health” cookbook I did notice a good number of “Clean Cuisine” recipes in this book including: Slow-Roasted Tomato Soup, White Bean Soup, Salsa Verde, Vegetable Paella (I would make it with short grain brown rice) and many more. All in all My Father’s Daughter is a great basic cookbook to have on hand.

My Own Ivy Chopped Salad

My own Ivy Chopped Salad is similar to Gwyneth’s, but I roasted the vegetables instead of grilling them. The decision to do this was really just laziness on my part because to me roasting is easier than grilling.) Oh! And I decided to use radishes instead of the beets Gwyneth suggested. But I’m sure the beets would be delicious too.

Gwyneth’s Ivy Chopped Salad used butter lettuce only but I decided to make mine with half butter lettuce and half watercress. Although most people think of watercress more as a garnish, it’s a deliciously pungent green superfood with potent healing and detoxifying properties. Watercress is also particularly rich in iron, calcium, potassium, and antioxidant vitamin C. And, did you know a whopping 85% of the calories in watercress actually come from protein? (Yes! Plants have protein!)

Gwyneth used a combination of basil and cilantro in her salad but I only had basil so I used that… and lots of it.

The last tweak I made was with the vinaigrette. Gwyneth suggested her Balsamic & Lime Vinaigrette recipe but once again laziness prevailed and I decided to go with the Honey-Garlic-Lime Vinaigrette I had made up the day before.

2. Place the chopped radishes, corn and zucchini on a large cookie sheet or in cast iron skillets (see photo above.) Place the cherry tomatoes in small cast iron skillet or small baking dish. Drizzle vegetables with oil, toss to coat, and season with salt and pepper to taste. Place salmon filets in a baking dish, rub lightly with oil and season with salt and pepper.

4. In a large mixing bowl toss together the butter lettuce, watercress and basil. Divide the lettuce mixture among four large salad plates. Evenly and artfully scatter the roasted radishes, corn, zucchini and tomatoes over the lettuce. Arrange the salmon on top of the vegetables. Drizzle with Honey-Garlic-Lime Vinaigrette (recipe below.) Garnish with fresh lime.

Place all ingredients in a small bowl and whisk well with a fork.

A practice that has become very common, and even t

We love Mexican food, and are always so excited wi

Made without refined sugar or dairy, the recipe fo

Change can be difficult, and for me, it took chron