The guest blog post below is written by my dear friend Debby Gans, who I have known for almost 10 years now. The founder of Debby Gans Photography, Debby originally started out as our family photographer–taking photos of us and our son–but we quickly became fast friends. If you have followed Clean Cuisine for any length of time you may remember me sharing the story of Debby’s son, Benji Gans, whose remarkable story of overcoming autism has given hope to so, so many (you can read more about Benji on his blog at BenjiTalks.com). Debby has always been incredibly supportive of Clean Cuisine but only recently has she started to think clean eating might be something she too could actually do. She is even getting her whole family onboard! Her 10-year old daughter, Carly, wrote her own blog post about how she has learned to eat cleaner and her son Benji has recently turned his turned his gluten-free intolerance into a passion for creating clean desserts for kids 😉 In fact! Benji’s original gluten-free Blondie dessert is so incredible that I am including it in the soon-to-be-released Clean Cuisine Cookbook.

I’ll let Debby take it from here….but for anyone struggling to eat clean I know her journey will surely inspire!

Debby here. Confession…I’ve always loved junk food and craved sugar!  As a child, I was the one at birthday parties that hovered closest to the birthday cake.  There is something about the rich, white buttercream frosting that gets me every time.  As I got older, my buttercream fixation worsened.  Upon moving to Florida 15 years ago, I discovered Publix birthday cakes and cupcakes.  Let’s just say it wasn’t a good discovery.

Over the past few months, Ivy and I have spent a lot of time together working on the Clean Cuisine Cookbook.  We’ve had many, many working lunches.  At first, her’s looked vastly different than mine. I ate pizza from the local Italian market, while she ate the vegetable chili that we were photographing for the cookbook.  One day, I ate what she was eating, her “refried” black beans that we ate on gluten-free tortillas Ivy had made herself (both of these will be in the Clean Cuisine  cookbook, by the way.)  For dessert, she pulled out a clean blackberry cobbler made without refined sugar. To my surprise, I really enjoyed all of it!  Over time I started to wonder if maybe I could learn to eat clean too.  The more time we worked on the cookbook photos, the more I began to understand that clean eating wasn’t as difficult as I had imagined. A few weeks ago, we powered through a 12 hour day with a full house, including Ivy’s mom (who is doing the food styling for the cookbook) and an army of kids and their parents. We spent the whole day taking many, many photos, then tasting the creations.  There was no time for my usual 3pm candy break, nor was any sugary lemonade or ginger ale available.

The next day, I felt kind of different.  I had more energy and didn’t feel hungry.  I did have a headache though, all day long.  It lasted into the next day, and the one after that.  After wondering why my head still hurt, I searched the Internet and found several articles that mentioned headaches that stemmed from sugar withdrawal.  Yup, that made sense.  It had been years since I went more than a few hours without eating sugar, let alone an entire day! After three days, the headache finally abated and I was feeling more energized. However, my sweet tooth was still there and if I was going to clean up my diet, I would have to find substitutes for first love (sorry, honey), sugar. 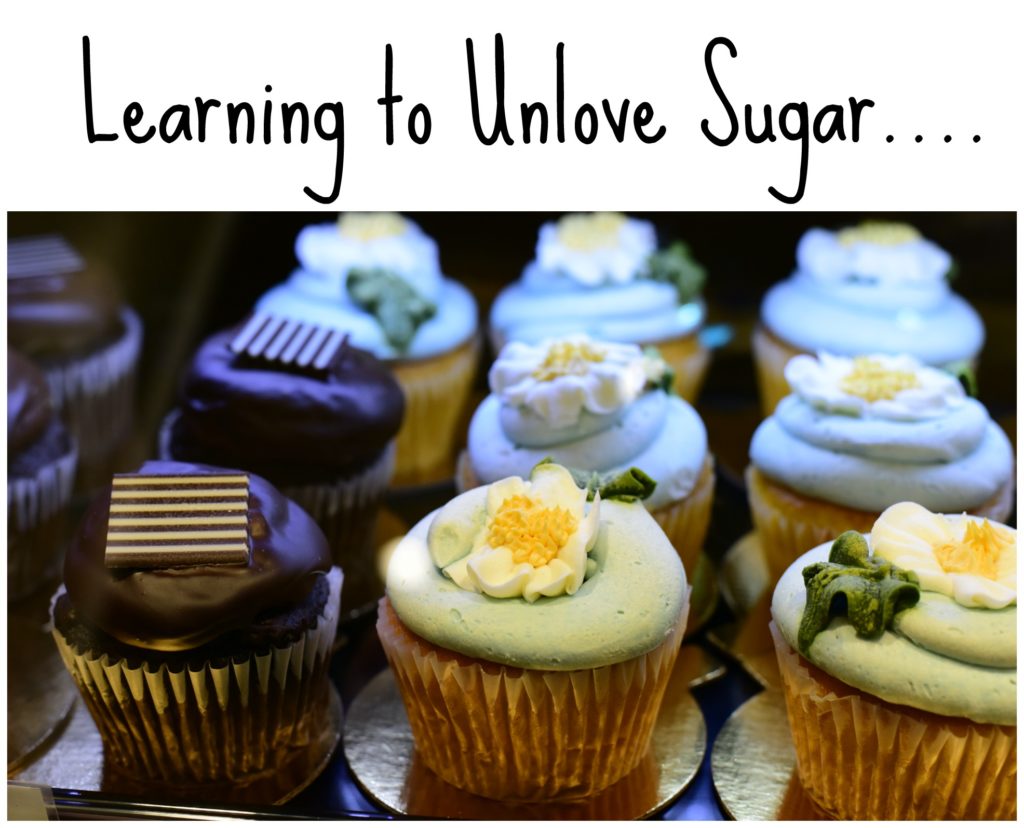 During those three days, Ivy, her mom and I continued to work 12 hour days, which gave me plenty of time to ask her about healthier alternatives for my sweet tooth.  She suggested I use a teaspoon of raw honey or Grade A maple syrup to sweeten my morning tea instead of cream and sugar.  Ivy told me she too had a love affair with sugar and she shared the one single thing that finally helped her overcome her sugar cravings. She told me about the number one diet mistake people make and gave me 4 simple steps to clean up my diet.

While at Ivy’s house, I began to snack on bananas and dates instead of gummy bears.  I didn’t miss the sugar, and could work for longer and longer periods without getting tired!  Friday rolled around and I wondered how I would do at my own house, without Ivy’s positive influence.  To my family’s surprise, I made it through the entire weekend without a trip to the Publix bakery. Instead, my son and I headed to what he calls, “Ivy’s satellite office,” Whole Foods Market to find some healthier snacks. Ivy texted me her 10 new favorite clean food finds and we left with what we lovingly refer to as the $7 chocolate bar, called Hu. We also bought a few other things to try, some of which we liked better than others.  Sliced mangoes have become one of my new favorite snacks, along with Turkish apricots and Bare coconut chips.  I have also begun to love smoothies instead of my go to bowl of ice cream at night.  The most surprising part to me is that I don’t miss the sugar.  I had a few gummy bears last night and they didn’t taste half as good as I remembered.  Luckily, I didn’t eat enough to get the headache!

More to come next week…