I am so thrilled to have joined the Clean Cuisine family and have so much to say that I thought I’d start my “Ask Erin” forum with a question for YOU. Ok fine, the following reads more like a Clean Cuisine manifesto, but I promise that I will limit this enthusiasm/word-count to my first posting, which I’ve titled:

“Why Aren’t You Eating Clean Cuisine?”

This question (which used to be worded: “Why aren’t you eating like Ivy?” before the Clean Cuisine book was released in January 2013) is one that I’ve asked countless people in the past ten years, some afflicted with inflammatory diseases, some overweight, some tired, sick, you name it. But, the person to whom I’ve asked this question more than anybody is myself. While Ivy’s generous introduction of me has accurately listed all of the responsibilities I’ve recently taken on (yikes! talk to me in a month or two…we’ll see how this goes!), there is no way I would be able to attempt half of these endeavors without applying what I have learned from Ivy and Andy throughout the years. Admittedly, I have been pretty inconsistent in my devotion to living well.  When I began graduate school I thought that eating healthful foods and taking yoga classes took more time than I could afford with my new studying and teaching duties. As a result, I gained weight, lost sleep, couldn’t concentrate, look tired, and my lower back (which I injured in a snowboarding accident and ended up having surgery 12 years ago) began hurting again. I didn’t think I would finish the first year of my program, let alone the six-eight years a PhD typically takes. So, in my second year, I asked myself:

It’s such a simple question that I’ve asked myself so many times, simple enough that I sometimes forget the answer. I had experienced the amazing benefits of Ivy’s program in the past, but my excuses for living well at that moment ran deep: “I’m too busy.” “I’m too lazy.” “I’m craving junk food.” “I deserve this junk food.” “I can’t go to yoga because my back hurts.” “I didn’t sleep last night, so I can’t practice yoga.” Sound familiar?

What I realized (and what I had known all along but was too clouded by the daze into which my unhealthful lifestyle had thrown me) was that I was busy, lazy, craving junk food, in pain, and not sleeping because I wasn’t eating well and practicing yoga. That’s when I called my good friend, Ivy. I needed her inspiration to begin feeling and looking well again. Luckily for me, she gave me a little sneak peek into her upcoming book project. And when her fourth book was finally published, I was already back living a Clean Cuisine lifestyle. I now feel better, look better, have more energy to accomplish the things I’ve set out to do, and have finally realized that I deserve to feel well.

But, I really want to address some of the excuses that I’ve encountered from other people when asking them, “Why Aren’t You Eating Clean Cuisine?”because I think they are common excuses based on myths that need to be debunked, like…yesterday. Ready for the first one?

Stubborn Stephanie Says: “It’s all genetics! My grandma smoked two packs a day, ate butter by the pound, slugged whiskey like a sailor, lived till she was 102, and had not a wrinkle on her face. She had beautiful dark skin, and it had nothing to do with the way she ate. It’s all genetics.”

So…here’s the deal. It’s true. Some people were blessed with beautiful skin, and it’s no secret that dark skin just looks better. But, I can’t imagine that Stubborn Stephanie’s grandma felt well or looked that good while smoking cigs, gobbling butter, and swilling booze. She may have had nice skin, and maybe it looked pretty darn good at the ripe age of 102. But, how was she living? What was her quality of life? Was she free of arthritis and pain? Was she happy? Or, was she depressed (there must have been some reason or two why she was drinking alcohol all day)? Ivy describes in the Clean Cuisine book how her own grandfather lived well into his 90s and was skinny as a rail his whole life, but he could hardly get out of his chair and ended up dying from the consequence of a fall that broke his hip. Like Ivy says, “it doesn’t matter how genetically blessed you are, food and staying fit matter on every level for all of us.” The truth is that most of us are not as genetically fortunate as Stubborn Stephanie’s grandma. But, luckily for us, there is the scientific study of nutrigenomics, which researches how the foods we eat directly affect our genes and the ways in which they express themselves in our bodies. Nutrigenomics gives you the power to change the way you age, look, and feel by eating foods that nourish your body, reduce inflammation, slow aging, and protect against disease. The Clean Cuisine book tells us which foods can actually create a youthful, energetic, lean, and disease-proof body. Just imagine how amazing Stubborn Stephanie’s grandma could have looked and felt if she supercharged her already-blessed genes. And…any naysayers who believe that the junk we eat doesn’t show up on our skin is terribly uninformed. Just like another gal I know…

Well…let’s deconstruct this a bit.

Yes, if you’re genetically pre-disposed to cancer you just might get it (you may get it even if you’re not). But, if there were even the slightest chance of you getting cancer, wouldn’t you want to know which foods have been scientifically proven to decrease your risk? If you had a devastating diagnosis that forced you to begin chemotherapy or some other intensive drug therapy, wouldn’t you want to take it head on with the healthiest version of yourself? Wouldn’t you want to know which anti-inflammatory foods fight certain symptoms of diabetes or which nutritional programs have been scientifically proven to reverse it altogether?

The Clean Cuisine program has been scientifically proven to reverse diabetes, improve cholesterol and blood pressure, and ease the symptoms of other inflammatory diseases such a multiple sclerosis, fibromyalgia, asthma, allergies, arthritis, and chronic pain. The primary and secondary research Ivy and Andy have conducted is based on human (not animal) studies and human epidemiology (the study of cause and effect as it relates to human health and disease). If scientific research isn’t your thing, take a look at Ivy. She was diagnosed with MS at 22, has kept her symptoms in remission for over ten years, is in wonderful health, and looks like this: 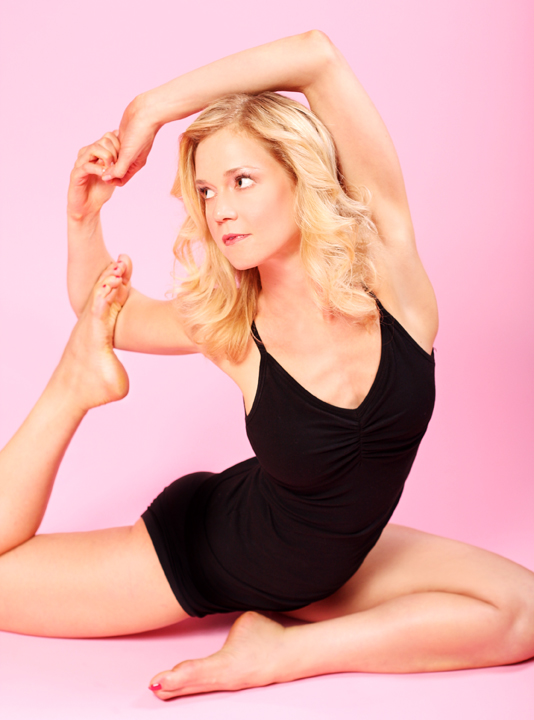 The truth is, yes, tomorrow we could be diagnosed with cancer, even if we are not genetically pre-disposed. We could get run over by a truck, but don’t you want to be the healthiest you can be and look and feel great no matter what happens? If you don’t, you shouldn’t even be reading this. Go eat some fast food or candy and come back in a half hour when you feel and look like hell. Ok, that was a bit negative, but this is a manifesto, and your genetics argument just doesn’t hold up around here.

Hey Negative Ned: Why Aren’t You Eating Clean Cuisine?”
Negative Ned rolls his eyes and says: “I’m already sick. I have Multiple Sclerosis. My condition has progressed and there is nothing I can do to reverse what has already been done.”

So….you’re probably noticing the trend here, but I think this excuse is important because what Ned says is true to an extent. My beloved Aunt Jill has been in a wheelchair for over a decade due to the progression of her MS. Will Clean Cuisine allow her to walk again? Probably not. But, when she eats according to the Clean Cuisine program, her symptoms lessen. Her energy increases. She experiences less pain. She sleeps. When she doesn’t eat well, she feels it. Who knows what this program would have done for her if she had known about it when she was diagnosed over 25 years ago, but it is still helping her today. Being sick is no picnic, but if you eat well you can still enjoy a picnic every once in a while (click here for something to take with you when you go!).

“I hardly have time to sleep, so there is no time for me to cook. I want to eat and look well, but it’s impossible for me because I’m always on the go! I’ll just count my calories and make sure I burn more than I eat.”

Busy Beatrice is a gal close to my heart (minus the calorie counting), so my articles on cleancuisine.com will focus a lot on how Busy Beatrice can find the time to eat well. Luckily for Beatrice, Clean Cuisine will save her time right away by awakening her to the fact that her that calorie counting is an utter waste of time. Calories are not created equal!

Other ways to save time:

Stay tuned for articles on all of these topics!

Listen. I’ve been a version of all of these people, Stubborn Stephanie, Uninformed Ursula, Negative Ned, and Busy Beatrice. I don’t like to smoke (I HATE SMOKE), but I sometimes like to drink like a sailor, swear like a drunken one, and eat butter like Stubborn Sally’s dearly departed Grandma. But, I know that when I do these things I feel and look like crap (ok fine, I sometimes swear like a drunken sailor no matter what, and “crap” is not the first word that popped into my head).  I don’t want to feel like crap, and I don’t want to look like crap.

My time here at Clean Cuisine will be spent explaining the basics of Clean Cuisine, so that you can remove the crap from your life.  I’m making it my mission to remind you how living a Clean Cuisine lifestyle is easy, delicious, and changes the way you look, age, and feel, so that I can remember myself. Let’s help each other make this happen!

If you’re with me, there’s only one question to ask: Why Aren’t YOU Eating Clean Cuisine?”

One thing that bothers us the most is when junky p

It all starts in the gut. To feel better, I had to

Here at Clean Cuisine, we believe in eating clean,

If you like banana bread, you will LOVE these bana

If you’re looking to spice up your dinner tonigh