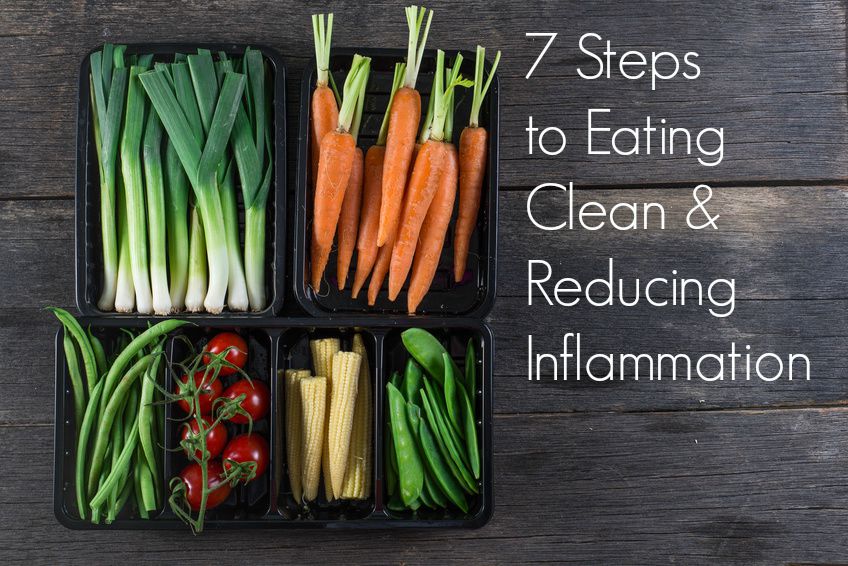 If you know my personal story,  then you know my interest in clean eating and nutrition was sparked by my diagnosis with multiple sclerosis (MS) in 1998 at the age of twenty two. MS is a disease made worse by chronic inflammation, but it is by no means the only inflammatory disease. In fact, almost every single disease has chronic inflammation as the common thread. And thanks to the S.A.D. (standard American diet) eating habits of modern society, inflammatory conditions have reached epidemic proportion.

Current mainstream medical treatments for blocking inflammation include steroid drugs, aspirin, ibuprofen, and other NSAID’s. But in many cases these medications, especially the steroids, are like taking a sledgehammer to your foot just in order to kill a red ant; the smashed foot usually ends up being far more of a problem than the red ant bite would have been.

It is important to realize that all anti-inflammatory prescription medications can have very serious side effects, and sometimes the side effects (the smashed foot) can leave you worse off than before.


We now know chronic inflammation accelerates the aging process too. Inflammation promotes aging because it damages cells and weakens our immune system, which makes us older, faster.

Stop Inflammation in its Tracks!

The good news is you can modify your body’s inflammatory response and reduce the chronic low grade inflammation that exacerbates inflammatory conditions simply by changing the foods you eat.

This is because some foods are pro-inflammatory and other foods are anti-inflammatory. For example, omega-3 fish oil happens to have extraordinary anti-inflammatory properties. In fact, omega 3’s can lower your IL-1 levels by as much as 50 percent, a degree of suppression similar to that caused by some steroid drugs. Even just increasing fiber intake by eating more plant foods lowers inflammation and C-reactive protein levels.  Food, as I have learned from my personal experience, is very powerful medicine.

Not only will eating clean fight inflammation, it will slow aging. And if you have extra pounds to lose, the number one “side benefit” of following an anti-inflammatory clean eating lifestyle is weight loss.

In our book, Clean Cuisine: An 8-Week Anti-Inflammatory Nutrition Program that Will Change the Way You Age, Look & Feel, we go into great detail (over 450 pages worth of detail!) on exactly how to eat clean and reduce inflammation. However, if you don’t have time to read the full book, our “Cliff Note” version outlines the 7 most important steps to eating clean.